Having Janey at Bradley Hospital, visiting her there, felt at first like something no other parent in the world has ever done.  However, when I thought about it more, I realized I can think of four other parents I know who have been in this situation, who have had children at psychiatric hospitals. Although I don't ever want anyone else I know to have to go through this, knowing that others have lived this somehow helped a little.  I won't tell their stories, what I know of them---they aren't mine to tell.  But I thought I'd describe what it's like to visit Janey in more detail, just in case any of you ever do have to live this.  You won't find this story in the cheery pages of parenting magazines.  The other mothers volunteering at the school or with their kids at the playground probably won't be chatting about this.  But it happens.

Driving to see Janey takes a varying amount of time, depending on traffic.  It's been as quick a drive as 50 minutes and as long a drive as two and a half hours.  During the drives, Tony and I listen to the radio, a classic rock station I don't know if I'll ever be able to listen to in the future, as it will feel forever associated with this time in my life.  But for now, it helps.  We can talk about the songs instead of our lives right now.  Often, Tony has worked all day before we drive, so I try to keep talking, to keep him alert.  But sometimes, there feels like there is little to say.  We cry now and then. 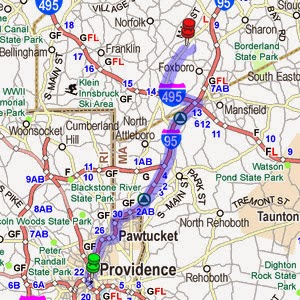 When we reach the hospital parking lot, every single time I get a strange feeling in my stomach.  It's a dread feeling, a scared feeling, a odd feeling I don't think I've ever felt in other situations.  I've felt dread and fear plenty of times, but this is different.  No matter how much I think I'm prepared for the visit, no matter how much I try to feel upbeat, it hits me.  I don't want to be here.  I want to see Janey, desperately, but I don't want to go in there.  It's not that it's not a nice place.  It's a beautiful place---clean, as friendly as it can be under the circumstances.  But I doubt anyone really wants to visit a psychiatric hospital.

When we park, I leave my pocketbook in the trunk.  You can take almost nothing in with you---no cameras, cell phones, watches, things like that.  I get my licence out.  We go into the waiting room and go to the desk, to tell them we are there.  We give Janey's name and our names, and show them our driver's licences.  We get visitor stickers.  Then we wait for someone to come get us.  The waiting room has lots of magazines and comfy chairs. But I hate being there.

After a few minutes, either someone comes from Janey's ward to get us, or one of the receptionists takes us to her ward.  To get there, three different doors need to be unlocked--that is why we always need to be escorted.  Outside the final door, there are lockers, and there Tony puts his car keys, switching them for the locker key, and we put anything else we might have that can't go into the ward.  Usually all we are carrying in is a bag of clean clothes for Janey.

When we get inside, we are in a big common room.  It's open and airy and nice, but it somehow doesn't seem like the kids spend much time there, at least when we visit.  We sign in there, and are taken to where Janey is, which usually is a smaller room near her bedroom.  There are two sections to the part of the hospital Janey is in, with a total maximum for both parts of 19 children.  Here's a link to more information, if you are interested.  The smaller room has tables and a television, and there are usually more adults working there than there are kids.

Janey generally spots us quickly, and looks happy to see us.  That's the best part of the visit---her smile when we get there.  My heart leaps every time I see her after being away.  Last night, we both felt she looked taller and older, even after seeing her just two days before.  It is so strange to see her there.  We take her into her room.  All the visits take place in her room, so we don't disturb the workings of the ward or the other kids.  The room has a bed, a table and a chair.  It has a closet which is usually locked, but which they unlock for us so I can get her laundry and put in her clean clothes.  There is a bathroom which is for her and a child on the other side of the bathroom.  Only one side is unlocked at once, so she has in essence a private bathroom.

Our visits are not as long as I wish.  We usually stay about a half hour to an hour.  We leave when Janey starts get restless, hopefully before she gets frantic.  We have not been able to spend time with her outside of one room for two and a half weeks now.  I think she is starting to see time with us as the boring time.  It gets hard to entertain her.  We play catch with her Care Bear, we sing songs, we tell her what is going on at home, we try to keep her engaged.  She asks for singing---last night she said "Christmas songs?" and started singing "We Three Kings of Orient Are" to prompt me.  She asks us for things we don't have there---cookies, bacon, chicken nuggets, fries, chips.  We never happen to bring the right things.  Eventually, she starts asking to take a walk.  We can't walk around with her there.  She starts to show signs of getting anxious, and eventually we reach the point where we know it's time to go.  We take her back out to the workers and say goodbye.  Sometimes she gets upset when we leave, and asks to go home with us.  Other times she seems relieved we are going.  I am not sure which is harder to take.

Usually, someone walks us out to the front desk, although a few times we've walked ourselves out.  We give back the visitor stickers  On the drive home, we analyze the visit.  We talk about how she seemed---calmer?  Happier?  We think about how things will be when she's home.  Then, we concentrate on getting home safely.  There's a part of the highway, near Pawtucket, which seems to be a center for cars chasing each other in some scary highway race, and we brace to drive through that.  Sometimes, we stop to get Freddy fast food on the way back, as we often don't have time for dinner before we leave.  We get home, exhausted.  We spend time with Freddy, the one child home right now, the child who is almost an adult.  We breath, and we get ready for the next visit.