Okay, Scientists, You Got Me Again!

Once in a while, I have a sneaking suspicion that autism researchers are messing with me.  I think they get together and say "Okay, let's pull up Suzanne's medical history and that of her family, look at everyplace she has lived and all the circumstances of her pregnancies and childbirths.  We'll pick something new from all of that this month to release as a possible cause of autism.  Wait 'til we see the look on her face!"  Of course, I'm not truly that paranoid or self-centered, but sometimes it's amazing how many potential causes of autism would work for me. 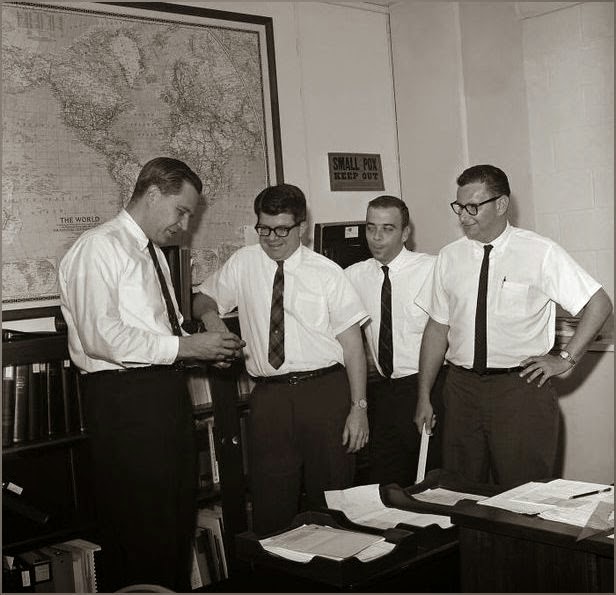 The newest is iron intake.  I have almost always tested as anemic, and that was very much the case during all my pregnancies.  With Janey, it was exasperated by the fact that the iron I was taking seemed to interfere with my thyroid medication.  Because having a thyroid basically not working was considered much more dangerous than having a low iron count, for the last half of the pregnancy, I didn't take iron.  I tried hard to eat a lot of red meat (despite popular belief, I was told it's a far better source of iron than green vegetables), but still, my iron remained low.  So there's another reason for Janey's autism!  It joins a nice long list, including the low thyroid itself, a family history of autoimmune disorders, my allergic reaction to Aldomet at 12 weeks pregnancy, the fact I live near a major street, several possibly on the spectrum people in Tony's family and mine, Tony being an older father, my living my first 6 years near Lake Eire at its most polluted with PCBs, preeclampsia during my pregnancy, birth trauma (Janey's umbilical cord was around her neck twice)....that's just the ones I can think of easily off the top of my head.

Those scientists missed the boat with ONE potential cause I saw the news today---having children very close together.  However, I'm not out of the woods with that one, because if you wait TOO long to have a child, over 5 years (there is 7 years between Janey and Freddy, exactly), the risk of autism again rises by 30%.

What do I do with all this?  Not much.  There isn't anything I can change from the past, and I'm certainly not planning on having any more children---I'm 48.  I am glad research is being done, but all joking aside, the fact that so many of the factor apply to me is probably the case with many parents of autistic kids.  There are so many potential reasons thrown out there that I couldn't imagine being a pregnant woman trying to avoid all of them.  There's just too many.  I think about this in terms of my sons someday.  If they become fathers, there were certainly right off the bat be an increased risk of them having a child with autism, and I feel for their future wives thinking about them trying to avoid any further risk.

Do I sometimes feel guilty about all the risk factors that might have affected Janey?  Of course I do.  I know I shouldn't, but guilt isn't a logical emotion.  I don't obsess over it, but I think about it.  I get angry about a few of them, especially the Aldomet reaction.  I wonder if I should have had a C-section---if a good ultrasound could have seen the cord around Janey's neck.  I worry I didn't do enough to keep my iron up.  I have other worries, the kind that suddenly hit you in the middle of the night and aren't logical, but the middle of the night brain isn't good at logic.

I hope some day, all the possible causes of autism are narrowed down, or at least better defined, so that knowledge of them can be incorporated into prenatal care and PREprenatal planning.  I suspect, though, that no matter what, we'll never totally have answers about autism's cause.  I hope society will do its very best to support the children that, despite all the research, still develop autism.
Posted by Suzanne at 12:12 PM

In february the sun begins to have enough power to melt a film of water on the icy pavements over here. The next night the water freezes and covers the sand that possibly has been thrown on the pavement. This increases the risk of slipping. When you do that you instinctively extend your arm and possibly break your wrist. I have not seen the satistics, but I bet there is an association: when the consumption of sand increases, so does the incidence of broken wrists. The obvious conclusion is that they should not put sand on the pavements.
It's easy to write articles about associations, but asociations alone don't really tell us much. Anyway, having children increases the risk of a disability. Yet, I have absolutely no regrets!

How do you cut Janey's hair? We are getting ready to give Willow her first haircut and I need some tips!

We cut it at home, and not too often! We let it get pretty long. Last year, it was tangled, and we had to do a pretty major job. I washed it and put TONS of conditioner in it, to get out the snarls we could, and then my husband just cut out the rest and hoped for the best. I distracted her all I could, and she was actually not bad for it, and the haircut came out fairly well. Good luck!