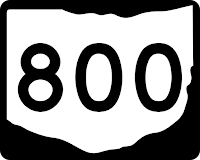 Eight hundred posts.  Wow.  That's over eight years, but boy, do I like to write a lot, and ramble on at times, and most of all, have all of you to talk to and share lives with.

Okay, that's not a cheerful one to start with.  It's about a common theme---Janey's crying.  She was 5 and a half then, and I was discouraged, and dissing the Holland story.

Another theme I hit on fairly often---how it's hard to find toys for Janey, and what kind of toys she does like.  I think I obsess over this a little, as I did here when she had just turned 7.  I like toys.  I love toys, maybe, and sometimes the hardest things to feel at peace about with autism or I think any special need in a child are the things you looked forward to sharing with them that are never going to happen.  Janey's not going to beg me for an American Girl doll, or the latest Shopkins, or anything like that, and I don't think even now I'm quite resigned to that.

Another crying post!  This time, I was trying to figure out why crying in particular is something I get so upset by, and just can't ever ignore.  Janey was seven and a half here.

A little different!  I love to read, and I do a lot of book reviewing, and that other life snuck into the blog here, in the form of an autism memoir.  I don't read as many of them as I'd think I would---I think I need a break from autism when I read, most of the time.  But when I do read a book about autism, I usually write a blog post about it.

A cheerful one, for a change, about Janey telling Tony good night totally on her own.  She was eight and a half.  Whenever something like that happened, you can tell on the blog that although I'm trying not to get my hopes up, I'm still hoping it's the start of a big new change.  I guess it's good not to give up that hope, but now I do try to enjoy those little moments on their own, without projecting what they might mean for the future.

Written when Janey was nine, this one is about the baby steps I was taking toward letting Janey walk without holding my hand all the time.  Unlike the talking breakthroughs, this one has lasted.  Janey really doesn't bolt any more, and I feel pretty safe letting her walk without holding her hand, even on the sidewalk of our busy street.  It's nice to read back about when I started doing that!

Well, that's not an uplifting one.  I wrote it last December, when Janey was 10 and was an inpatient at Bradley Hospital in Rhode Island.  I wrote this one partly just for myself, to remember what the visits were like, and partly because I was so unprepared for the whole hospitalization time.  I hoped (and hope) none of you ever have to go through that, or go through it again if you have before, but if sometime in the future you did (and it happens more than I ever realized), I wanted others to have a little bit of an idea what it was like.


And here we are at post 800, sort of a clip show post!  It's been a long, strange last 8 years, the eight years since Janey was diagnosed at age 3.  I can see me writing post 1800 some day in the future.  Autism is lifelong, and I will write about Janey until I am no longer able to.  I hope that is a long time from now.

Suzanne, I can't believe you've hit the 800 mark! Wow. That IS a lot of writing! Despite the tone of some of the posts, it IS interesting to see how far Janey has come.