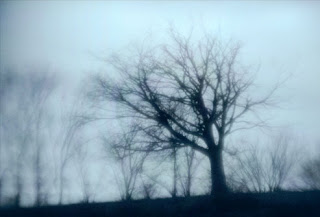 When I was little, I used to feel upset when people would say February was their least favorite month, because my birthday was in February, and it somehow felt like a personal insult.  Well, I'm finally forced to admit I'm not too big on February myself.  I haven't written for a while.  I've been feeling blue, and winter feels long.

I am sure it's not politically correct to say so, that it's one of those things I'm not supposed to admit, but sometimes, the unchanging nature of life with Janey gets to me.  Her progress lately, if there is any, is very, very slow.  Sometimes it halts altogether, or moves backwards for a while.  With typically developing kids, the changes in their interests or hobbies or friends or activities can move at a pace so fast it's hard to keep up with.  With Janey, that isn't the case.  She watches the same videos, over and over and over, that she did five years ago.  She doesn't have friends.  She doesn't partake in any outside the home activities.  Every day feels a lot like the day before. And of course, much of that is on me.  I should somehow make her life more varied.  But I am not sure how.  It's not like there is a huge list of possible classes or lessons or clubs waiting for her to join, or friends calling to get together with her.  She goes to school and she comes home.

As people have said to me often, it's very possible Janey doesn't crave variety in her life the way others might.  She might be very content with things staying the same, and indeed I think that might be the case. But as this winter wears on, I'm feeling---I'm not sure.  Restless.  Worried.

In the background of all this is the tense feeling political news, the uneasy national mood.  It used to be that the internet provided much of what I needed to keep feeling connected to the outside world.  But lately, it's hard to get online without feeling bombarded with strident differing views of every topic.  I rethink every comment I might have---is this going to set someone off?  I think of myself as mainly apolitical.  What bothers me is not so much any actual players or issues in the political scene, but the tone of the whole debate.  It feels like a "gotcha" kind of game, like an argument that can only be won by being fierce, or angry, or hyper-alert.  And where does that leave someone like Janey?  Where is the caring for those not armed for such a battle?  I had a strange dream the other night, a dream we were somehow at war and Janey had been drafted to fight. I screamed out to whoever was in charge "What kind of world is it when you expect someone like Janey to be part of warfare?"  And that is it.  It feels like there is little place for those who are dependent on others, who can't get out and fight for their rights.

So...we keep on.  We do our best, all of us out there living this life, to give our kids the best life we can.  Janey will come home from school.  I'll ask her about her day, as I have so many hundreds of times.  She won't answer.  I'll try to get her to use the bathroom.  She won't.  I'll end up changing her clothes and her bedding.  She will ask for cheese, for chips, for salami.  I will have them or I won't, she will eat them or she will scream.  She will want a shower, and she will ask to get out of it when she really means she wants the water adjusted.  She will ask to watch Kipper, and then I'll put on the wrong episode and she'll scream.  She will ask for a car ride.  I'll tell her Daddy will be home soon and maybe they will take a ride. I will hug her and tell her I love her.  She will laugh and hug me back, and we will get through another day.  And that is how the years will go on.
Posted by Suzanne at 1:07 PM

I read your post yesterday and I am at a loss of how to respond in some ways.
I want to tell you that your dreams are your way of processing the stuff you are seeing in the news media. Stay away from the news. It is all negative. I usually try to look on sites for only happy news. ie. people being kind or animals being saved, ect.
Also, I use F.E.A.R as the acronyms they are. Face Everything And Rise,& False Evidence Appearing Real You are not your mind.
I always like to think that if I am feeling as low as I do sometimes, (and how I imagine you are feeling whilst writing the blog) It is setting me up to be able to feel the exact opposite emotion or feeling, because if I didn't have that moment to judge it by, I wouldn't know the happiness/pride/love/joy that I do at those other precious moments.
As for any of our children with needs. They are gifts that only us rare few will ever have the pleasure and pain of experiencing. Only, those of us STRONG enough to handle such a delicate life will ever be blessed with it. I have to believe that.
I know none of this will help to lift your spirits in the way that your blog has helped me in the short time that I have been following you, but I need you to know that I am thankful for your words and your understanding of how I feel sometimes too. I have felt very alone. Thank you for helping me in way you'll never know.
Stay strong.