Janey is home, and the overwhelming feeling we have, so far, is joy.  It is wonderful to have her home.  We realized, this past month, what a crucial part of our family she is.  She is our focus, our center, our mission.  Without her, I think all of us felt a little lost.  She is a huge challenge, a huge job, but most of all, a huge joy.

We have, however, learned a few lessons which are tougher to take than the lesson of how we need her. 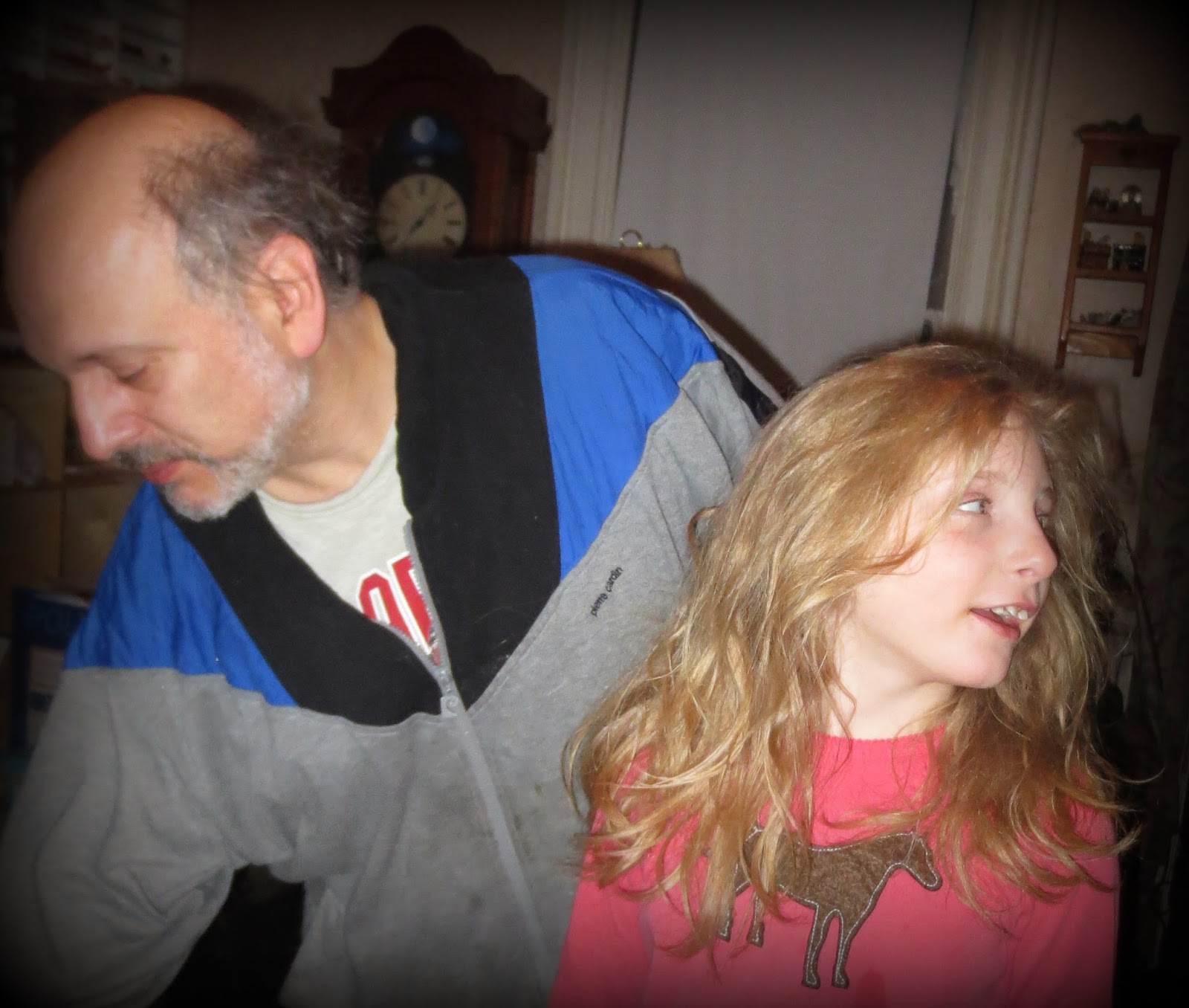 Janey's release from Bradley was sudden.  Late last week, when both the school and I talked to the hospital, it seemed that her release was not going to be soon.  Then, on Monday, I got a call from the social worker at first asking how our visits were going and then telling me they were planning on releasing her the next day, Tuesday.  I had a huge mix of emotions.  First, happiness, but then, a little confusion and a lot of "what next?"  Yes, she had calmed down.  Yes, her medication had been adjusted.  Yes, the immediate crisis was over.  But most things had not changed.  Janey was still screaming often, biting her arm quite a bit, often upset.  We still had no respite.  We had no new ideas for dealing with Janey, no new plan.  There was not going to be any release meeting.  We didn't speak to the psychiatrist in charge---we had met him only once, at the intake meeting.  Basically, Janey was coming home because her mood had changed.  That is something that has happened at home, without a hospital, many, many times.  We could have done that here.

To play the devil's advocate with myself---we did get some respite.  We had the 18 days with Janey at Bradley, where we were able to sleep all night.  We were able to spend 18 days, when we weren't driving to Providence, doing the kind of things we haven't done for a while---mindless games, mostly.  We probably didn't relax as much as we should have during that time.  We were still in a bit of shock, and we still were thinking about her constantly, and driving to see her often.  But we did have that time. 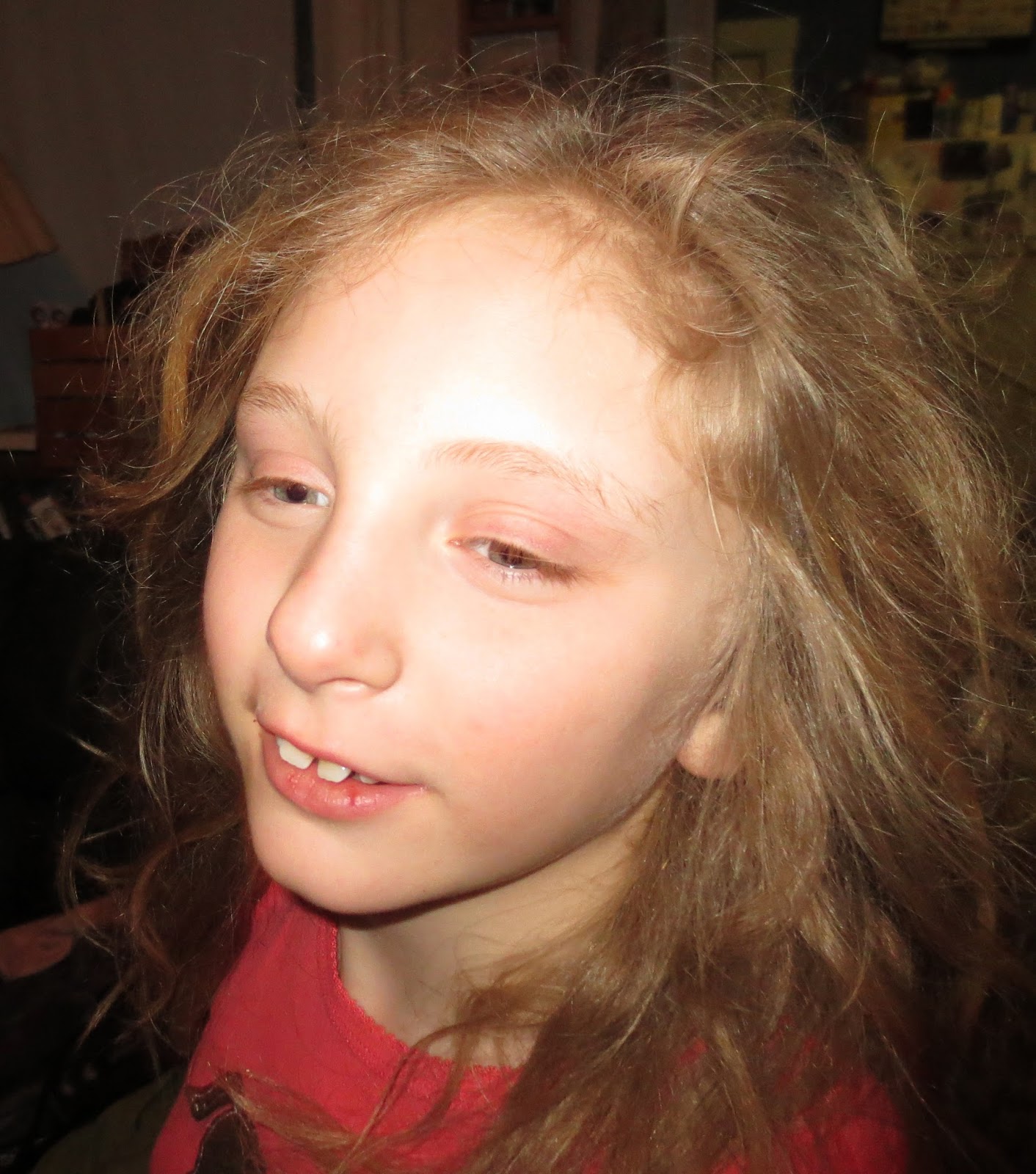 However, I would have to say overall, I am still quite troubled by the state of our country's mental health treatment for children.  The Children's Hospital time, when Janey was a "boarder", was hell.  I don't have another term for it.  It was hell, hellish.  The Bradley hospital is a lovely place, full of kind people.  I know Janey was treated well there.  But it is an extremely short term solution, and in the end, it changed almost nothing.

There was a moment as Janey was being released when I was signing forms at the nurse's station.  The nurse and the social worker asked me if I had any questions.  I think they could see the look on my face, a look that was that was a mix of concern and something like internal laughter.  Yes, I had questions.  Just where do we go from here?  What I said was "We just wonder if you have some suggestions on dealing with Janey's difficult behaviors at home?" or something along those lines.  The answer was that they had sent a list of their strategies to Janey's school.  The social worker said "You know, we could send a copy to your house if you want!"  Um, yeah.  That might be good.  Although excuse me for saying I don't hold out huge hopes that the list will solve everything.

But I'll end here on a more cheerful note, one more appropriate for this Christmas season.  We HAVE learned something.  We have learned that we are the ones who are the experts on Janey.  It isn't like there are people out there who can tell us how best to help her.  We are the people who know that.  There are places she can go in times of extreme crisis, if we are able to first endure the horrors of boarding.  We have learned that besides that, one of our best allies is the Boston school system---who stood by us during all this, stayed in close touch and showed a huge level of caring for Janey. 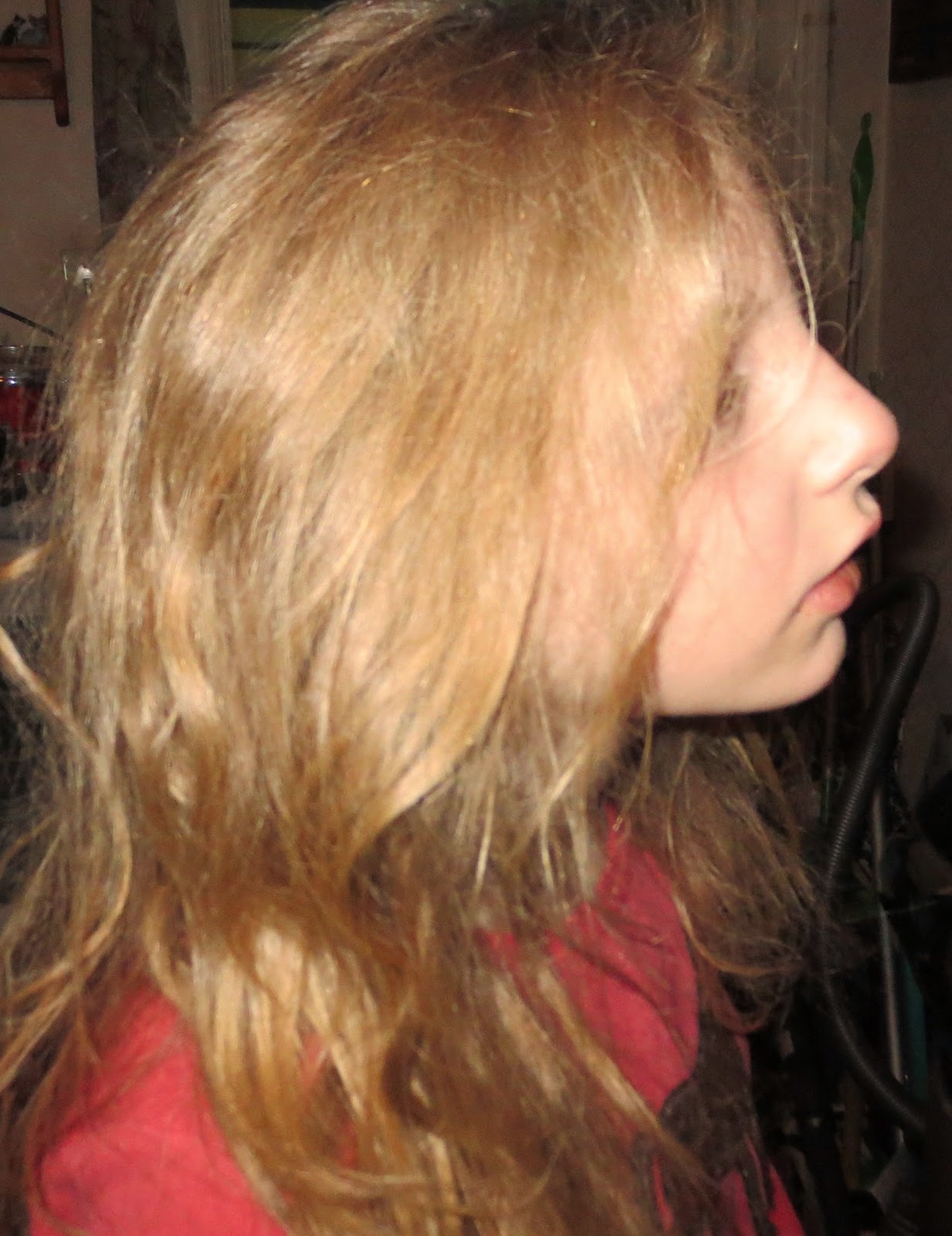 And we learned how many wonderful people out there care for Janey---the readers of this blog and the friends we have made through the blog and throughout our lives.  We were blown away, stunned, overwhelmed, by all the thoughts, prayers, support through monetary help and kindness and love and offers to help and notes and emails and just plain love from all of you.  We might feel alone sometimes in dealing with Janey, but we are not alone.  Far from it.  Thank you, from the deepest parts of our hearts.

I am glad to hear that Janey is back home with her family! But I do feel your uncertainty. I hope that going forward things DO change for you in a good way, and that this experience (as needed / good as it might have been) is one you do not have to live through again very soon - if at all. You and your family will always be in my thoughts and prayers.

Hi,
I am so glad to hear that your daughter, Janey, is back home. I could only imagine how difficult it was to make the decision to admit her into the hospital and I can imagine your feelings of confusion when she was released. So many questions and so few to no answers. I have a son, Anthony, that is on the spectrum. He will be 4 years old Jan 4th. I am probably a rookie compared to you on how to care for a child with autism but ever since I read up on your blog on Tues while I waited for my son's therapy session to end, I have been thinking about you and your family which is why I am up at 12:30am sending this comment. I first came across your blog about a year ago when on yet another rampage on Google searching for answers as to how or why my son has autism. My son loves the show Yo Gabba Gabba! He has loved it ever since he was an infant so one day on a search for answers yet again I googled Yo Gabba Gabba and autism because I thought "what if yo gabba gabba gave my son autism?!". This was during the time that I was researching the possibilities on how television viewing triggers autism. Well moving forward a year later I have finally stopped my search for why and am focusing more on the what and how. What can I do to keep helping my son have the best life possible without autism defining his life?! How can I control his autism because I will not let autism control us? I feel that there are ways to fight it! Some might call it wishful thinking but I call it being hopeful. It's what gets me through everyday.
I'm not sure how Janey's communication is because I don't read the blog as often as I'd like but something made me want to catch up with your blog this week and I'm glad I did. I feel that a lot of the frustration from the kids comes from the inability to communicate. Whether it be certain wants and needs or something that's bothering them physically. They have such a hard time expressing themselves that of course the hardest thing is for us to figure out whats wrong. There's times when Anthony has a temper tantrum and I don't know why but sometimes the reason why hits me later on like a ton of bricks. My point is what if something is bothering her but nobody will figure it out better than you not even doctors! I just went to a potty training workshop this Wednesday and the instructor talked a lot about constipation and kids with autism. I never would have imagined that there are a lot of kids that are lashing out violently simply because they are constipated and uncomfortable but are not able to let us know it. Also, I wanted to know if you guy's own an iPad because I find that Anthony finds the iPad calming. Especially since he discovered You Tube and the ability to see anything and everything Yo Gabba Gabba at the touch of his fingers. Just a suggestion. :)
I hope you have a great holiday with your family and may your days be filled with smiles and laughter!

I'm back! Still thinking of you. :) I woke up and had a thought. I know you said that Janey is biting a lot. Biting herself and others. Have you taking her to the dentist or to see an ENT specialist lately maybe something is going on with her teeth or something else in her mouth or throat.
I was telling my husband that sometimes we just have to try and get in our kids minds to figure out what they are thinking. Autism really is a puzzle and it is for us to put together the pieces. It is a heck of a mind game sometimes more of a guessing game and nobody knows our kids better than we do as moms. We sometimes even know them more than dad does. What I always say about Anthony and all kids with autism is they are not different, they just have a different way of thinking. :)

I am so happy for you all that Janey is home!!! I'm glad that part is over. On to the next adventure right? We never know what comes next with autism do we!