A good day, then a bad day

Saturday was the good day.  Janey was happy pretty much from morning to night.  We hadn't had a day like that in several months.  It was wonderful.  She was cheerful, talkative and laughing---a real laugh, not the manic strange laugh she sometimes does.  She interacted so nicely with both brothers, and she sang and danced and was a joy.

During the day, Tony and I did a lot of knocking on wood and reminding each other not to think a corner had turned.  We enjoyed the day very, very much as it happened, but we tried not to get our hopes up.  I think we did, though.  Janey had been on the new mood stablizer medication for two days, two doses, and even though she's on a very low dose to start, we somehow hoped it was doing something, making her feel better.  Maybe it was.  But...

Today, Sunday, was awful.  It was right back to the typical bad days of the past few months.  Janey screamed a great deal, smashed her fists on the TV and the computer when they annoyed her, tried to hit us (we are getting better at being guarded and didn't get badly hit) and cried for hours.  It was a very tiring day.  It felt more discouraging than other bad days recently, almost, because there had been that little bit of hope.

Of course, I am trying to say the right things to myself, that things don't change instantly, that just because today was a setback doesn't mean the new medication might not be helping, that even "normal" kids have ups and downs---all those things I should think.  But I don't think I'm as good as bouncing back as I used to be.  The events lately make me see how bad things can get, and how little the medical or psychiatric profession can really do.

I've decided to give myself next week, Christmas week, off from anything autism related that isn't strictly about daily Janey care.  Most especially, I'm going to not think about the Mass Health debacle.  You might remember how when I gave our health plan Janey's new Mass Health card (state insurance for low income or disabled people), they freaked out and said it was the wrong kind.  After a lot of research and talking to an expert who luckily was holding a meeting at Janey's school, I think I figured out what happened.  When Tony talked to a financial person at Children's Hospital, he told her our income, and she said that when we first applied, we would be refused, and then we would have to do a special appeal that gave the details of Janey's disability, so she would get a special type of Mass Health for children with disabilities.  However, I don't think the woman realized we have 3 kids, not 1, and our income was actually within a range where we qualified for state help without Janey having any disability.  So the insurance was approved for her with that initial application, but approved as a type that is used as a primary insurance, not the special disability kind.

If the above paragraph confuses you, you are not alone.  I guess fixing this kind of mix-up is extremely tough, and requires all kinds of sending papers here and there and somehow getting through to the right people.  I wish I had gone with my feelings over the past 10 years and never applied.  The expert also told me that both insurances, our federal Blue Cross and Mass Health, don't cover special autism services anyway.  This is despite the fact there is a federal mandate for insurances to cover autism services, but there are many, many exceptions, and strangely enough, federal Blue Cross is one of them.  So there you go.  It's another example of what might be perceived by those outside of the autism world as "all those services out there you can get", which is reality either don't exist or are not accessible.

Despite the discouraged tone of this post, I am doing fairly well.  I am not dreading Christmas---I am actually feeling a bit of spirit, more than in the past few years.  Maybe it's because, as the song says, "I need a little Christmas"  Maybe it's because so many people have been so kind to me over the past year, and even when things are this tough, that has given me an inner resolve, an inner core that I am able to reach to most of the time.  Maybe it's the music, which even on Janey's worst days is one of her favorite things in the world.

Here's a picture of Janey's smile, from yesterday.  Her beautiful smile, even on days when I don't see it, is another reason I keep getting up on the morning. 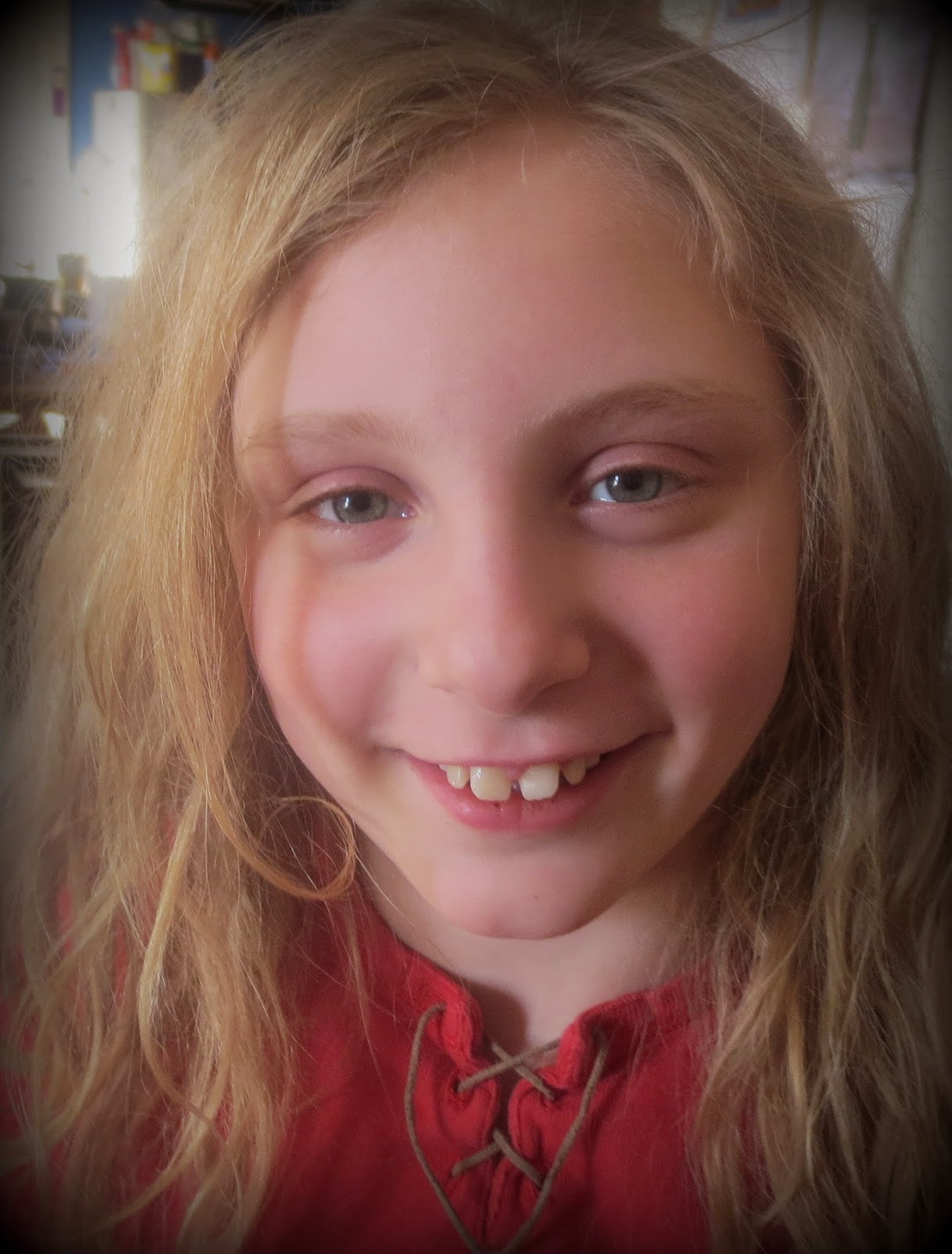 Hi! I am working on putting together a book for and by neurologically diverse kids. I'm self-publishing it so I don't expect a huge profit, but I hope to at least give each kid who participates a copy of the book. I wondered if you and Janey might be interested in participating? I am guessing you would probably have to do the writing part, but the main idea would be for Janey to share something she loves doing or something she is great at. I have a page about it here: http://diaryofanalien1.blogspot.com/p/new-book-project.html. I read your blog a lot, so I just thought I'd invite Janey! :)