The long day's journey into hope

As I write this, I am at home.  Janey is in Rhode Island, at Bradley Hospital, a children's psychiatric hospital.  I am going to try to write about the last few days---days that seem like a long, long dream---not always a bad dream---more like the confused, meandering type dream with many elements that seem to not make sense, but a general feeling at the end of hopefulness.

Wednesday morning---Janey woke groggily after a fairly solid night of sleep.  She woke a few times, still obviously under the influence of the anesthesia and the extra medication she had been getting.  She kept falling back asleep after just being up a few minutes.  Her blood pressure was often low when it was checked, and she wasn't very steady on her feet.  Tony came by before work, and I snuck out for my daily cup of Au Bon Pain coffee---a lifesaver.  After he went to work, my amazing friend Maryellen came to help.  It was fantastic having her there on both Monday and Wednesday.  If you ever have the misfortune to be a "boarder" in a hospital, waiting for a psych placement, I hope you have a friend like Maryellen. 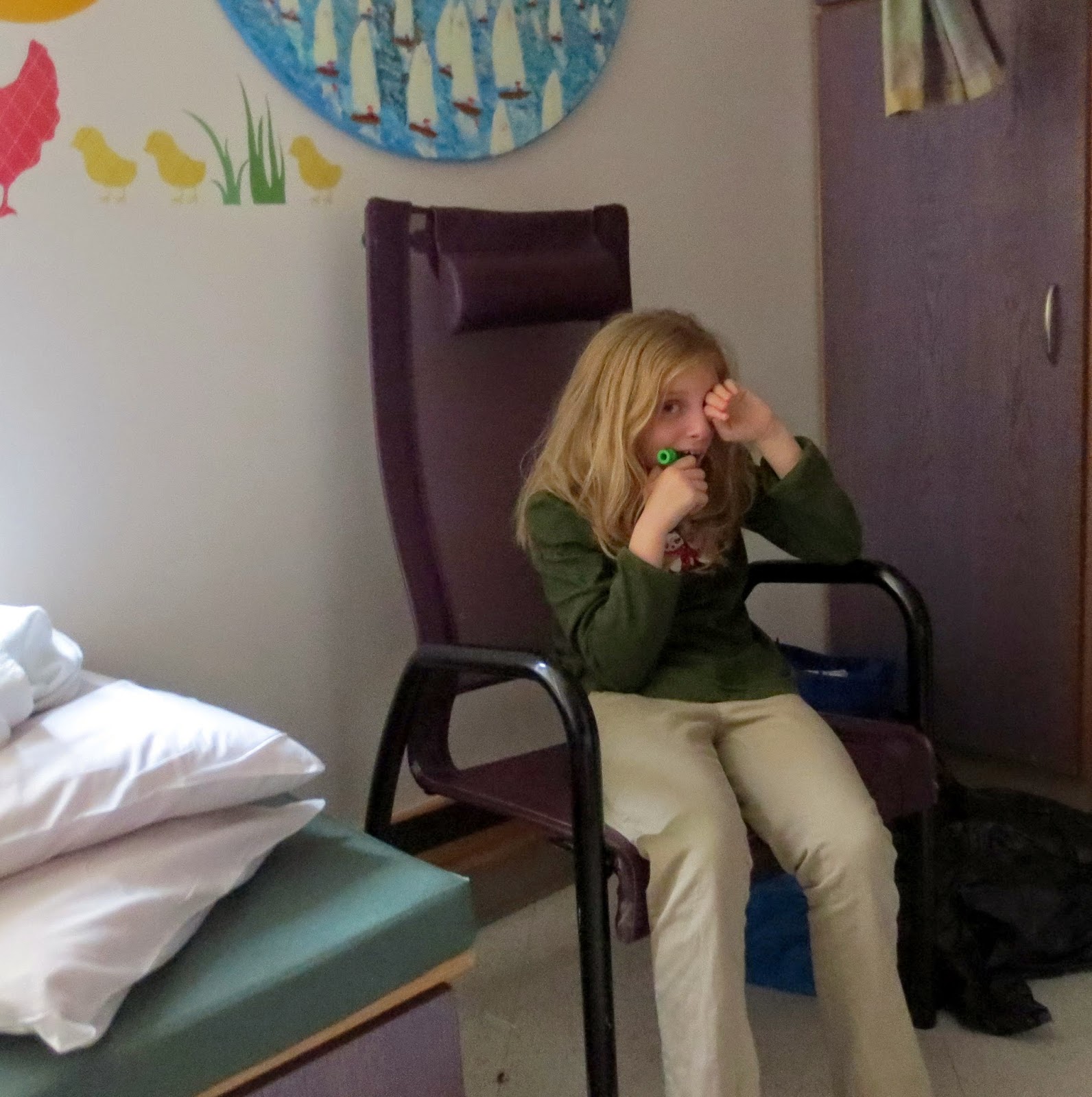 That day, Wednesday, is a bit of a haze in my mind, as it was I think in Janey's mind.  I know I was visited by several people.  One was the psychiatrist on Janey's case, who I will not talk about a great deal here.  I will just summerize by saying she saw Janey for about 10 minutes on Monday night, when I was home and Tony was with her, and from those 10 minutes was able to feel that she was "delightful" and "prone to moodiness".  Okay.  Both are very, very true, but not exactly the impression that others had gotten of her, especially those who were bitten or attacked by her.  Enough said.  Regardless of that opinion, she was continuing the search for a inpatient hospital for Janey.  At that point, the most likely candidate was Hempstead Hospital in New Hampshire.  They had her on their waiting list, and were just waiting to see if a patient was discharged on Thursday.

A few other people came by.  One visit was the speech therapist and the child life therapist (I think).  They wanted to make a schedule for Janey, using picture cards.  Janey was out cold when they visited----I tried to rouse her, as she had been sleeping too much, but couldn't.  They said they would come back later in the day.  The most striking visit was from the hospital chaplain.  She said she knew I had been there a while and wanted to know if I wanted to talk.  Yes, indeed, I did.  I am not a very religious person, but there are no atheists in foxholes.  Maryellen stayed with Janey and we went to a private room to talk.  It was wonderful.  She was a rabbi, but our talk was not really about religion---more about helping me think about how to go forward.  I have rarely had a better talk with anyone. 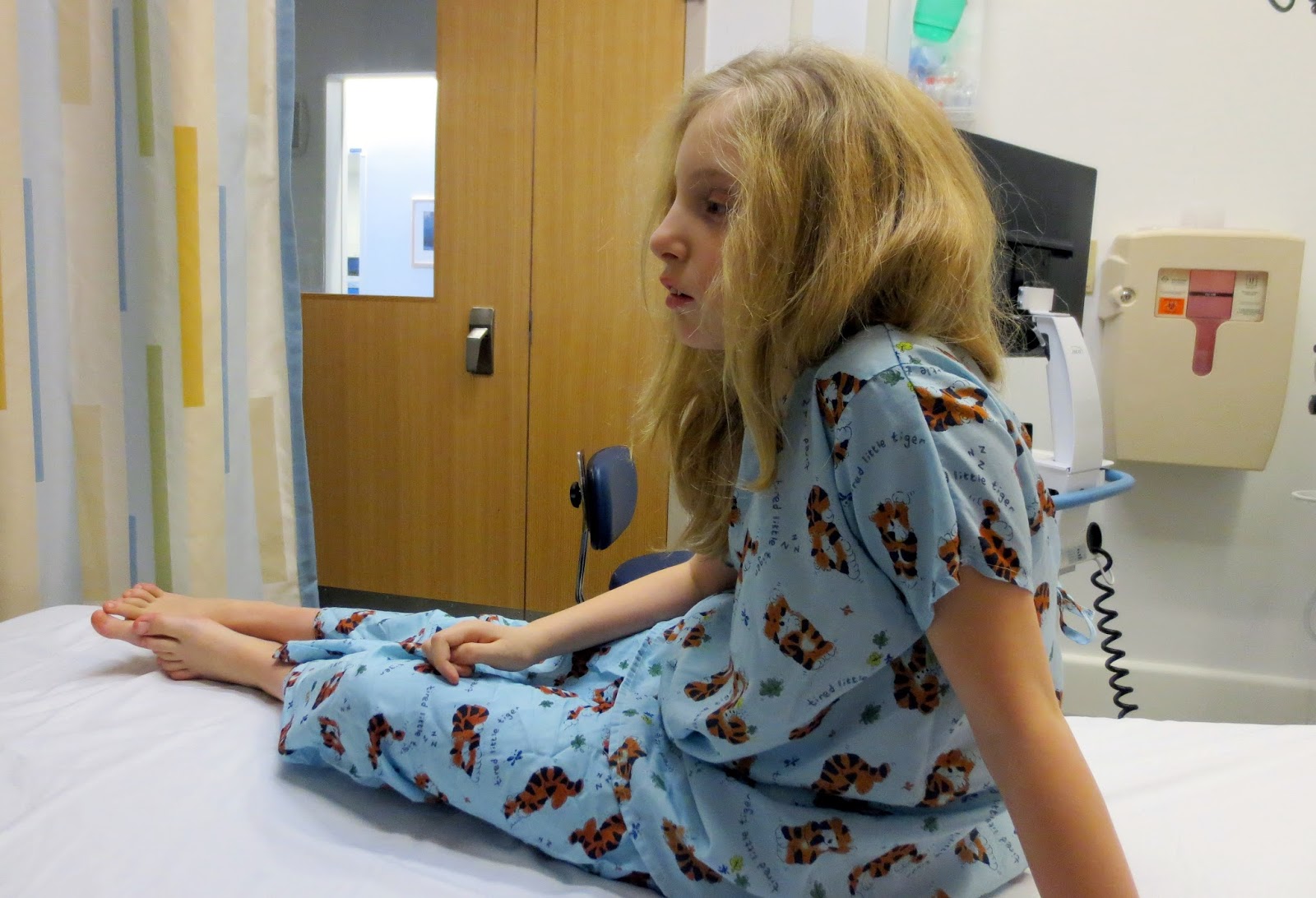 Later in the day, Janey woke a bit more.  The speech therapist came back, with a PECS type board (little cards with velcro on the back and pictures of various activities on the front, to make up a schedule)  She was very well meaning, and such a schedule might be great in another situation, but the fact was that we were confined to one room, and there simply weren't a lot of choices of activity.  Janey has also never been a huge fan of PECS, which her schools have figured out.  It struck me that the time spent making up the fairly elaborate board could have been used one on one with Janey, giving her some help and us a bit of a break.

Wednesday night, Janey again slept fairly well.  I was feeling that she was a bit overmedicated.  She had been getting extra Risperadol several times when she lashed out, to help calm her, and she was starting to seem very hard to really wake up.  I decided if possible, I would avoid further extra doses. 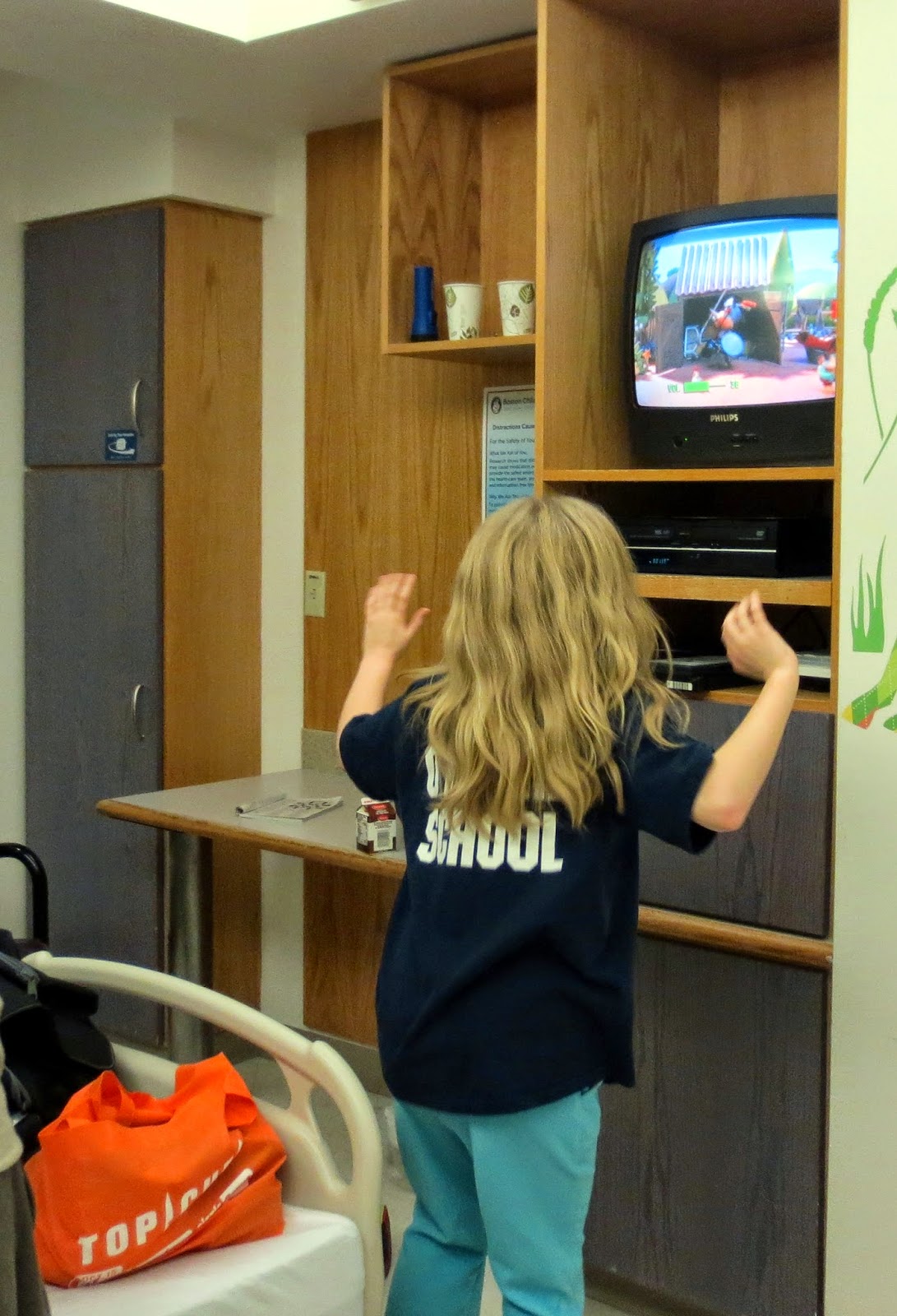 As Janey woke Thursday morning, she was not in a happy mood.  She started what she had been doing often during the stay---moaning out "Mama!  Daddy!" and crying.  She at one point jumped out of bed and ran toward the current "sitter", a very nice woman, and scratched her.  I managed to calm her down, and soon Tony arrived.  He had worked on Wednesday, but we decided he would stay home on Thursday and Friday.  We settled in to wait for news on the hospital transfer, which we were told we'd get around 10:30.

At about 11, the social worker came in to fill us in.  She walked in ready to tell us there was no new news, but as she arrived, she got a text telling her that there was a place for Janey.  The place was not at Hemstead Hospital, as we had been anticipating, but at Bradley Hospital, in Rhode Island.  We were thrilled there was a place anywhere, thrilled in a way you can probably only be after spending 6 days in the hospital with a very agitated autistic 10 year old who can't leave their room.

I am going to write the rest of the story up to this morning in just a little bit---I thought I would divide this part up as this is getting long.  I am going to interspace a few pictures of Janey at the hospital.

I again thank everyone who is following this journey.  Your comments, thoughts, prayers and ideas mean more to me than I can ever, every express.

Thanks so much for taking the time to document Janey's journey (and yours too of course) through this difficult time. I as a new mom to the autistic world, I find your blog to be rather comforting. Please continue to keep us up-to-date on how Janey (and of course yourself) are doing.

Always in my thoughts,
Dianna Lown