On Not Following the Script

I had a dream last night (and I feel compelled to say to my dear friend Julie, as I always do when talking about dreams, that she is free to skip this reading, as she hates to hear about people's dreams) about being in an English class.  The teacher had asked me to write a script, a short play, and I had spent the whole weekend doing that.  In the class on Monday, the teacher was supposed to have the class read through the play.  However, he didn't---he did something totally different in class.  I got upset, and yelled at him, screamed he wasn't doing as he said he would do.  I acted in a way I don't act, except in dreams---I spoke up loudly and told him how angry I was.

I do think most dreams are random, but in reflecting on that dream this morning, I saw something I recognized.  I was taken back to another time in my life that, as now, the normal script seemed to have been completely abandoned, replaced by what feels like a horrible ad lib. 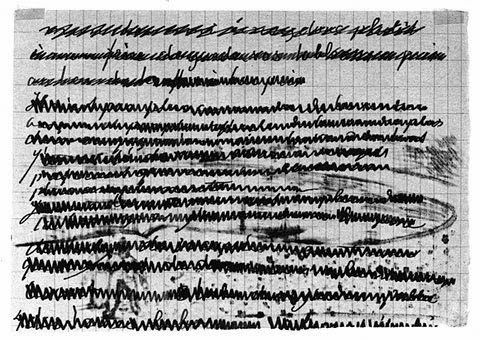 When I was pregnant with my first child, I avidly read everything I could find about pregnancy and childbirth.  I love to read, and I had a faith that everything I could need to know was contained in books.  At that point, the most popular book around was "What to Expect When You're Expecting".  It had a firm tone.  It told exactly how things were supposed to go, how you were supposed to act and eat and exercise.  Once in a while, it had off-hand mentions of rare, rare exotic and vaguely shameful things that could go wrong, but they were stressed as the exceptions.  I liked that.  I was going to do everything right.

Well, it didn't work out that way.  William was born at 7 months, weighing three and a half pounds.  I had developed severe pre-eclampsia, and his life and mine were at stake.  I could have easily died, taking him with me, just as I learned had happened long ago to my great-grandmother, while giving birth to my grandmother.  We found her death certificate online, showing she died of eclampsia the day after having my grandmother.  Thankfully, modern medicine kept William and me alive, but I was thrown into the world of parenting outside the script in a most stunning and abrupt way.

Many things with this current situation feel like 20 years ago.  Then as now, I had a child held in a hospital, one I could only see by visiting.  Then as now, before we visited, we were supposed to call nurses to make sure it was a good time.  Then as now, the visits took a drive---then through crazy Boston streets, now south down a long highway.  Then as now, it felt like I had left some script, that was ad-libbing, doing improv, living without a map.

And yet, I am finding, as I get older, that almost nobody follows the script exactly.  Almost everyone you truly get to know has parts of their life that are off-script.  Some had a childhood of horrors they are still processing.  Some have lost children in heartbreaking ways.  Some have their own illnesses, mental or physical, which take a huge toll.  Almost everyone lives a life that in some way doesn't fit into the confines of the cheery, authoritative tone of the What to Expect books.

It's the scariest part of life knowing that there really isn't a script.  But there is comfort in knowing, for me, that it's the same for everyone. We all muddle through to some extent, and the best we can do is keep on ad-libbing to the end.
Posted by Suzanne at 7:41 AM

There is no script

I really wish I lived close to you and could meet you. You and Janey have touched my heart. I wish I could help.