I hope you'll forgive me if any of this blog post doesn't make sense.  I'm operating on very little sleep.

Janey had one of her no-sleep nights last night.  These seem to be happening every month or two, but no matter how often they happen, they are impossible to get used to. 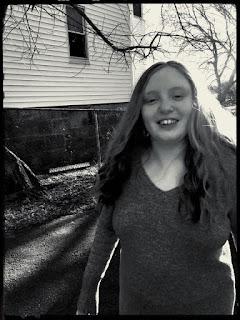 We're starting to be able to see the sleepless nights coming, though.  Yesterday afternoon and evening, Janey was very, very happy and excited.  I put a picture on the Facebook companion page to this blog, showing her huge smile as we left for a car ride. I'm including here three other pictures I took of her.  They all show the look, the look that foreshadows a very long night.   When bedtime came, and her usual bedtime is 7 to 7:30 (her choice, we wouldn't make her go to bed that early, but she gets up early and usually likes a lot of sleep), she was still hyped up.  She got on the bed, watching videos on her iPad as she usually does going to sleep.  But she didn't sleep.

Watching her on nights like last night, there are signs.  Every movement of her body is exaggerated and somehow stiff.  When she moves around, it's with big, wound up moves.  Her eyes get an excited look we don't see other times.  And she has an attention scan at these times of about 10 seconds.  She switches videos on YouTube at a pace that seems impossible.  As I listened last night, it almost seemed like she was using the videos as sound clips in some kind of rap song, switching back and forth and always stopping the audio of each clip at the exact same place to move to the next one, over and over and over. 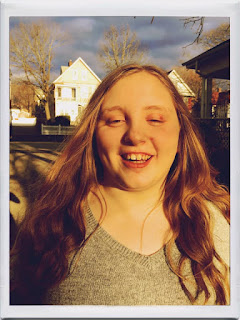 The hours passed.  We took turns laying down with her, and then both did.  When we got up, she got up, running around the house and asking for things---rides, showers, walks, food, videos.  She'd go back to the bed when we asked, but would get back up in seconds.  If we stayed with her, she'd stay on the bed, but in the hyped state.

At times like this, she constantly re-arranges things around her.  One of the things she tries to re-arrange is my arms.  Somehow, she doesn't want to see my arms when she looks at me.  Her preference would be to have them behind my back, where they are out of sight.  Time after time, she moves them back to where she wants them.

Around one in the morning, she got a foot cramp, and frantically said "Does your foot hurt?  Does your foot hurt?"  I could see her foot cramped up, and told her to stand up on it to help it.  She did, and jumped up and down for about 3 minutes straight.  I got her back into bed.  She started asking over and over "Angelina?"  Earlier in the night, I had typed Angelina into her YouTube Kids search area, and when some pre-populated choices came up, I had her pick "Angelina Ballerina"  She wanted to do that again.  I did it a few times, but a few times was never going to be enough.  I know I could have done that hundreds of times and she'd have still wanted more, as part of a routine that would include the quick switching of vidoes in-between. 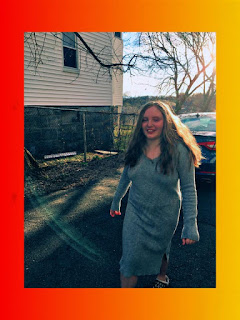 At two, I was no longer able to keep my eyes open, and Tony took over.  She didn't sleep, of course.  She got on the bus happily at 6:30.  She is at school now.

These nights are awful, and we have no idea what causes them.  It's possible she got her hands on some chocolate at school, it being the Easter season.  But it could just be one of her periodic manic times.

We give her melatonin, most every night.  It works well, except when it doesn't work at all.  When she got the foot cramp, we gave her some Motrin, in case she was in pain she couldn't tell us about.  I don't know if it had any effect.  I am pretty sure nothing we could do or say or give her would make a bit of difference on manic nights.  Her own internal demons or angels or hormones or whatever are far stronger than anything external, at times like these.

During the day, when we've slept, we, and I mean the larger "we" of other families living this life, can be the kind of parents that match up with the books, blogs, advice, standards, of autism parenting.  At night, when we would do almost anything to just be able to sleep, we can't.  And that is where I don't think anyone who hasn't spent a night like our last night can really, truly, deeply get this life.  It's the initiation into our club.  It's the shared tribal ceremony.  It's the bonding experience that by its very nature gets experienced away from the others it's bonding us with.  I try to keep in mind, during those endless nights, the rest of you out there.