Last week was winter vacation week here in Boston, the most dreaded vacation of all, at least for our family.  It comes a time of year when there is nothing you can do outside, when the weather is dreary, when Facebook is full of posts from people going away for vacation and if you are not one of those people, and you are dealing with a teenage autistic girl who doesn't care for a change in routine....it's no vacation.

An odd thing we have noticed over the years is that by the end of most any vacation week, when Janey is home with us completely, she talks more. I don't know why this is.  I know she's exposed to more language at school than at home, and she gets a lot of one on one attention there.  But maybe it's having two or more adults around her at all times, trying to keep her happy, or maybe she relaxes away from school like we all do a little, or who knows what.  But this vacation was no exception.

Over the course of a few days toward the end of vacation week, Janey said all kinds of things that surprised and delighted us.  One example---she was looking at my collection of postcards on the fridge.  I pointed to one she was looking at and said "What's on that one?" and she correctly said "a fox".  I then pointed to a cat and a horse, which she also named.  I stopped, as to not quiz her for too long, but she kept going, pointing to another and saying "That is a bear!" (correctly) and then to one with two cats, saying "Those are some cats!"  Perfect grammar, and spontaneous talking!

Later that day, her brother Freddy called.  Usually a perfect way to have Janey be totally silent is to have someone on the other end of the phone that would like to hear her talk.  But this time, she was actually answering Freddy's questions!  She recited her address and phone number, she responded to him singing a song she likes, and then, when I asked her "Do you know where Freddy is?" she said "Freddy is at college!"  Freddy and I were both taken aback.  We've told her that, many many times, but I think that's the first time she's ever said it.  It made me really happy, partly because I always worry that she just thinks her brothers sometimes disappear into no-where.  It was good knowing she knows where he is.

The next day, William called.  Janey wasn't quite as chatty that day, but late in the call, just for fun, I said "Where is William right now? and Janey said, right away, "William is in Chicago!"  We were on Facetime, and I tell you, William's face reflected my own in showing huge shock at that answer.  I KNOW she's never said Chicago before, and I truly didn't think she had any idea where William was.  We were all so happy. 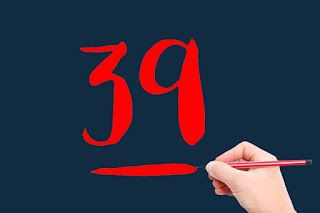 In the middle of those two days of talking, there was, as there always is, a night. I think I'm starting to be able to sense as soon as bedtime comes on nights like that one that something is up.  Janey was just not tired.  We followed our bedtime routine, but she kept jumping up, asking for things, turning on the TV, getting food from the fridge...long past her usual bedtime of 7 or so.  At 10, she was still awake.  At midnight, she was still awake.  At 4 in the morning, she was still awake.  You get the picture.  She slept not a wink all night.

You would think that she'd be tired the next day.  But she wasn't.  She was peppy and lively and wide awake all day.  I figured at least she'd go to sleep early, or at the very least at her regular time.  But no.  She finally went to bed that next night at 9 pm.  She had woken the day before at 6 am.  So she was up for 39 hours straight.

I've written before how Janey once in a while just skips a night's sleep like that.  I think this time was the record time awake, but it's not that uncommon that she's cheery the day after a night without sleep.  It's like her body and mind simply don't need sleep some (thankfully fairly rare) nights.  However, Tony and I do.  We spelled each other, but still, people in their mid-50s don't function with that kind of fractured sleep too well.

I do think there's a connection between the increased talking and the lack of sleep.  Janey's brain is a fascinating thing.  It seems like it sometimes goes into overdrive, into a mode where all the knowledge she has stored is far more accessible than usual.  I can see why you wouldn't want to sleep, if that didn't happen to you that often.  You'd want to stay awake, and maybe your mind would keep you awake.

Sometimes it seems like a huge part of Janey's autism is a brain that shifts between levels of alertness, levels of operating speed and ease, more drastically than most brains.  Any report ever written about Janey mentions that what she can do depends very much on the day.  Some days, she is barely responsive.  Other days, she is so engaged that it's startling.

If Janey ever got to the point where we could both sleep while she's awake...well, that would be great.  I don't think the occasional sleepless nights are going away, and I accept that.  But boy, I don't think even a week later now, Tony and I are much recovered.  Now for some more coffee...
Posted by Suzanne at 7:05 AM

Fascinating observation about Janeys brain. There is so much in there that she doesn't express in ways we can understand. It's like she understands all but only shows what she can at that moment.

Be strong, mom.
Be courageous.
And fight till
death if need be.
This is only our
finite existence.
God bless you.