Three ways of dealing with "Do what I want right this second!"

Janey's brother William is currently on an Amtrak headed to see his aunt Carrie, my sister.  He called this morning to Facetime with me, so he could show me the scenery and I could vicariously enjoy his trip.  However, Janey was in no mood for me to talk to him.  She wanted to go to the store.  She asked, and that quickly elevated to asking in a scream, and then plain screaming, and then trying hard to grab my phone away from me, and that failing, to jumping up and down in fury and biting her arm.  At that point, I told William I had to go.

This kind of scenario has happened a lot this summer.  Janey wants something.  She wants it RIGHT NOW.  She is furious not just if I have to say no, but if I say "in a few minutes" or "not right now".  I've been trying to figure out the best way to handle this kind of setup.  Here's a few of the possible ways... 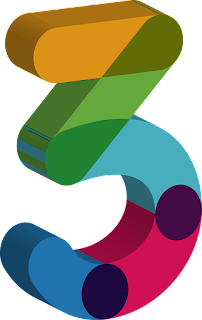 1----Give in and do what she wants.  To be honest, this is what we've usually been doing for the last few years, as those who read this blog a lot probably realize.  After the horrible year that included the psychiatric hospital and then the medical hospital, both for long periods, we made a decision to make Janey's life as happy as we could by as often as we could having the answer to her wants be "yes".  It's not like we always said no before, but we had tried a more moderate approach.  The boys were younger then, and we hadn't yet quite embraces the philosophy that whatever gets us most quickly to a happy and calm Janey is the quickest route also to a happy and calm us.  Of course, there are things we can't do when she asked, but mostly, she seems to get this and just not ask for those things, like car rides in the middle of the night or salami when there is none in the house.  She asks for things she knows we can deliver, if we agree to, and we try to honor her requests.  It's worked pretty well, but this summer, it's wearing us down.  Maybe it's wearing ME down more, as this is one of the longest stretches I've had her all weekdays without any school.

2----Treat Janey as much as we can like any other almost 14 year old.  Say yes when it's reasonable, tell her to wait when she needs to wait, say no if we just don't want to give her what she wants to have or do what she wants to do.  In some ways, this was our old way of doing things.  It also goes with assuming competence, in a way.  We can assume she can learn in the natural way that sometimes you have to wait and something the answer is no.  It's what most people (especially without experiece with Janey's brand of autism) would see as the right answer.  It's what I always did with the boys, and I must say they responded well to it.  A no meant no.  They were not prone to begging or nagging.  I think I said yes often enough when I could that they learned I wasn't just saying no for no reason.  However, the 10 or so years that I tried to also use this method on Janey were, to be frank, a complete failure.  She was unhappy so much of the time, and she didn't learn, at all, what the boys  learned pretty easily---to be patient, to accept no as an answer.  We gave it a good trial.  If I thought it would work, I'd do it again.

3---Use a hybrid method.  Accept that the way Janey sees the world and perceives the world and understands the world is not typical, no matter how much I presume competence.  But also realize that Tony and I are human beings, that we simply cannot always do what Janey wants, that the boys, although adult now, also deserve to get their ways sometimes, that we are worn down and tired out and need to figure out a way to keep going.  This hybrid method is what I'm starting to do more.  One part is not responding instantly to Janey.  Sometimes, even if I could do what she wanted right away, I say "Yes!  Just a minute, though..." and then I make her wait a minute.  I've done that approximately 10 times while writing this, the last right during the last sentence, when she asked the most common thing she asks---"Cuddle on the bed?"  Also, if she asks for something we will do in time but not for a while, I say yes and then give the timeline---for example, if she asks for a car ride at noon, I might say "Yes!  Daddy will give you a car ride when he gets home!"  He gets home about 5.  I only do that if it's something we WILL do that day---I'm not going to lie to her.  If the answer is just plain no, I say it but then offer a quick replacement.  If she asks for a ride and I know there will be no ride that day, I saw "No ride today, but we can talk a walk to the store right now!"  Or I say no and then quickly make us busy, so the no is a bit buried in whatever else we are doing.

In an ideal world, the #3 method would work.  I think it could work, not because Janey really will start to understand or accept delays or a plain no, but because waits or substitutes or distractions will become part of a routine, part of what she knows is a possible outcome when she asks for something.  The #2 method relies on an understanding of other people's needs and motives that I quite honestly don't see Janey having.  The #1 method relies on us as parents being responsive in a way that worked for a while, but that I think we are getting too old and tired to carry on, even if it did give us a few very nice years.  In reality, I don't know if method #3 will work.  It isn't working too well so far.  And perhaps there is some #4 method I'm not thinking of right now.  Whatever the solution is, or if there is a solution, as both Tony and I press further into our fifties, I think we need to figure it out.
Posted by Suzanne at 10:26 AM