Yes, no, the water---talking and not talking 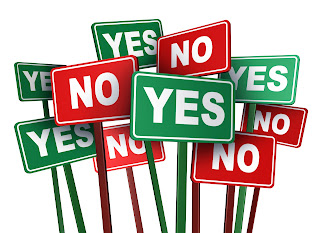 One of the oddities of Janey's speech is that there rarely seems to be a time when she is using both "yes" and "no".  She'll use only "yes" for a long time, then only "no", then swing back---the idea of having both as an option seems to elude her, or seemed to.  Lately, we are hearing both, and it's wonderful.  "Yes" is still far more common than "no", but there are "no"s now and then.  Janey's teacher told me about one, realizing they are fairly rare.  He asked her to carry a communication sheet to breakfast with her, and she said no.  He was surprised and pleased, and respected the no.

It's interesting to me that what she refused was a communication aide.  It reminded me of a time when I talked to Janey about ways besides speaking she could use to communicate.  That led to one of the most striking and surprising moments ever with her.  I wrote about it here. (link)  Janey told me, clearly and firmly, "I know how to talk".  She said it twice, in a way she very rarely speaks.  That, and many other times she has refused very strongly to use AAC or iPad speech programs or anything of the like, has given me her strong opinion.  I love to know how she feels about issues, and I respect her opinions.  But I do wish I could help her better use her talking to communicate.

Here's an example.  Janey loves to take showers.  Our shower is jury-rigged in such a way that only the cold water works to change the water temperature.  You have to turn the cold water faucet in tiny increments to get the water hotter or colder.  We have it set on the hot water heater so it's never dangerously hot, but it can get fairly hot.  Janey likes the shower almost, but not quite, as hot as it goes.  She has seen from observing how I adjust the temperature.  Since she will often want a shower that's half an hour or more, I get out after washing her hair and just supervise.  While she's in there alone, she constantly tries to fix the water to be just the temperature she wants, and she constantly overfixes it.

When the water gets too hot or too cold, Janey says, every time, "Want to get out?"  And so I hold out a hand to get her out.  And she refuses.  And then I ask "Do you want me to fix the water?" and she repeats that in confirmation---"Do you want me to fix the water!"  And I do.  And then a minute---again.  And again....  The other day, I figured while I was standing around waiting for her to ask for help, I might as well try an experiment in getting her to say what she meant.  I said to her "Janey, you always ask to get out when you mean you want me to fix the water.  When you want the water fixed, can you say 'Mama, fix the water?' or something like that instead?"  Minutes later, of course, "want to get out" And so I played dumb and tried to get her out.  When she didn't get out, I pretended I didn't know what she wanted, and finally, she said "fix the water!"  And for the rest of that shower, she said it.

So---a breakthrough, right?  Wrong.  The next day, we were back to square one, asking to get out.  I reminded her, but this time, she just screamed and screamed.  I finally made her get out.  The next day, she cried before even getting in the shower, and didn't ask for the water to be changed---just stood there in water that had gotten too cold.  In the days since the first try, over the course of about maybe 20 showers, she has once said on her own "fix the water!" Now, when she asks to get out, I just say "You want me to fix the water" and do it.  When she's ready to get out, she gets out without asking.  In her eyes, problem solved.

That's a long example of a problem that comes up over and over.  It's extremely, extremely hard to get Janey to regularly use any new speech.  She KNOWS the words, she CAN say, she UNDERSTANDS them, but she doesn't use them.  She uses a few phrases for almost all purposes. Years and years and years of school speech therapy have not helped to talk more at all.  They have been, I can say pretty strongly, a complete failure in that department.

I don't know what to do about this issue.  I'd be thrilled to communicate with Janey in any way.  If she would use a speech program, or sign language, or typing, or writing, or anything, I'd move heaven and earth to work with her.  But she doesn't want to.  If I could find a kind of speech therapy that worked for her specific speech issues, I'd drive anywhere, pay anything (although our insurance would most likely cover it, IF I could find it) to make use of it.  But I've never had anyone seem to know how to help her use her verbal speech more.

So, for now, we accept what she can say. The shower talk attempt taught me something.  If I know what she means, I will go with that.  It does little good and sometimes much harm to try to force her to speak in a way that more people could understand.  It's more important for me to connect with her than to try to change her way of talking.  Still---there is the bigger world.  There's the thought of her without Tony and me, someday, the black hole, the staring at the sun, the thing we can't think about but which always is there in our minds anyway.  I hope she always finds someone to understand her, and I wish so much I could help her make that possible.
Posted by Suzanne at 1:07 PM

Hey, I know that this is probably more complex than I understand on both a plumbing and communication level but this popped up on my groupon today and I thought of you guys?

I know that there might be reasons why this won't work and you guys probably aren't exactly rolling in money, but it did occur to me that maybe at some point in the broad future there could be a setup where the shower is also helping to communicate.