Day after the election thoughts

Okay, the presidential election didn't go the way I would have preferred.  However, I am finding this morning I can't muster up too much emotion.  That's because I don't think anyone in a position of power has any idea what life is like for people like Janey, and the families that love people like Janey.

Why is this?  Quite simply, because we can't run for office.  We CAN, legally, but who would have the time?  When would someone raising a child with significant special needs ever have the time to launch a campaign?  Who would watch our kids while we were out there pounding the pavement?  Who would be changing the pull-ups, fixing the meals they will eat, taking care of our pre-teens and teens and adults that need the same level of care as a toddler?  And I hope I'll be forgiven for saying that Janey will never be able to run for office herself. That is not at all to say there are those with autism that might be able to run a political campaign, but those are not the people with the kind of needs I'm talking about here.

I wish anyone running for high office would spend a day with Janey, a day in her world and ours, or a day with any of the wonderful families I've met on this journey.  I wish they could see how hard underfunded public schools work to educate her.  I wish they could see what it's like to care for her day after day, week after week, month after month, year after year, without any respite besides the school.  I wish they could understand what it's like to be up all night with a child who is crying and can't tell you why.  I wish they had spent time as a "boarder" in a hospital waiting for a seat at a psychiatric ward for their child.  I wish they knew what it was like to wake in the night, terrified, thinking about my health, not for myself but because I don't want Janey ever to be without parents.

I'm a one issue voter.  I would love to have the luxury to think of it all in a theoretical way, to debate the philosophy of it all.  But I don't.  Tell me you are going to put money into direct services for the disabled, and you have my vote.  People on high seem not to understand why many just don't vote, but I get that, more than I ever would have before Janey.  Why vote, I wonder sometimes?  It doesn't seem to matter who gets elected.  I was furious that Trump mocked the disabled, but then again, Obama mocked Special Olympics.  I might have preferred that Hillary won, but if she had, I very much doubt my life would have changed much over the next four years.

The truly voiceless are people like Janey.  I see a lot of people on Facebook talking about how they are going to explain this election to their children.  Janey didn't know there was an election. She doesn't know what an election is.  No-one is courting her vote, or future vote.  She doesn't know who Trump is, or Hillary, or Obama.  But more than almost anyone, she's at the mercy of those in power.  I'm not a prayer, usually, but God help her. 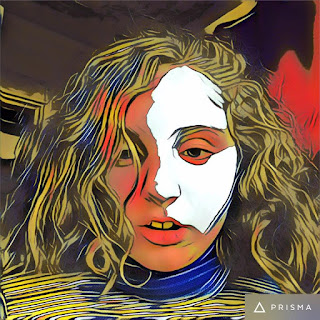 A lot of families are affected by autism but most of them are acquainted with the "quirky" variety so they don't see it as major disability. There's no unified voting block for the politicians to court when many are kids now and/or have limited vocal capabilities. Also consider that the bulk of healthcare dollars go to the older folks who vote and have little personal contact with autistic kids except for maybe their grandkids.

Politically I have mixed emotions as Hillary Clinton was more unpopular here and other places than the people on the coasts realized. I think 24 years of hearing about her meant there was nothing "new" about her and she rubbed a lot of people the wrong way. We used Obamacare and we got the notice of a 83% increase in insurance premiums for next year so critics of Obamacare weren't crazy about their criticisms as they were shown on the media. Depends on what replaces it to see if it's a better solution.

I still can't find a single member of Congress out of 535 members that has a kid with ASD so it's not something that has directly affected them on a daily basis.

Sarah Palin has a son who needs care and will do need for his lifetime. But she has the money and infrastructure for such care with 24/7 paid caregiver along with other household help. She certainly is no advocate for government aid for those who have such a family member. Not up to government, is her position.
Clinton addressed this concern. Trump not so much and his record as a private citizen and businessman has shown no interest in this this sort or thing. I don't expect him to be sympathetic much less supportive or proactive. Most politicians on the national level do not have the everyday needs and concerns we do