I read a lot of books about people going to live in cultures new to them.  It's an armchair travel thing---I doubt I'll ever really live that life, but for some reason, it fascinates me.  Often, the people in the books end up having conversations where both speakers are not fluent in each other's language.  They get by on the words they know from the other language, with a lot of guessing and a lot of misunderstandings.  It struck me today that that is what Janey and I do.  She's not fluent in English, and I'm not fluent in Janey-Language.

The double non-fluency can make communications very tough.  A good example happened this weekend.  Janey was crying, and said to me "Does your eye hurt?"  She often does that, reverses the pronouns and says what she wants me to say.  I asked her to use my hand to touch where it hurt.  That for some reason seems to work much better than having her point.  She took my hand and put it next to her right eye, and then tried to get me to poke at her eye.  I said "I can't poke you there, but let me look at the eye"  I didn't see anything, but it was obviously bothering her.  She then said "My eye is bloody!"  The eye wasn't bloody, but I was proud of how she worked hard to use her non-fluent English to tell me how upset she was over the eye.  I think it was a dry allergy type eye issue.  We took a shower and she felt much better.  But I wished so much we were able to better communicate, that she could have told me exactly how it hurt, that I could have reassured her that it looked fine and that it wasn't anything serious. 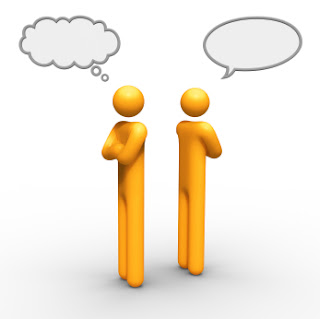 Janey woke up this morning crying hard.  The crying is communicating, of course, but I can't understand the specifics of it.  I had no idea what was upsetting her.  We went through the regular morning routines, with the tears still flowing.  They lasted until she went out with Tony to wait for her school bus.  Then she instantly cheered up and was hugely happy getting on the bus.  Although I started the day saying to her "It's a school day!" as I always do when that is the case, I think she somehow wasn't sure it was really a day to go to school.  I think she was upset it was going to be another dull old day at home with Mama and Daddy.  That's my best guess, anyway.  I wish so much, more than I can possibly say, that she could tell me why she's sad when she is.  And I wish I could communicate back to her, that if my guess was right, I could have reassured her that it was indeed a school day.

If there was a way for Janey to be fluent in English or me to be fluent in another other means of communication that would work for her, I would do it.  It wouldn't have to be spoken, of course.  If she was able to  use sign language, or typing, or an iPad talking program, or anything at all, I would do anything to communicate that way with her.  But we have not found that way.  We both remain non-fluent in each other's language.  The onus is on me.  I truly think Janey thinks I can read inside her mind.  I think she thinks I know what she is thinking.  I can't even start to imagine how frustrating it must be when she is clearly thinking what she needs, and I don't respond.  I think she resorts to her English and to crying and screaming when she thinks I'm not responding.  So often, she'll bring me the remote and I'll say "What do you want to watch?" and she'll answer "That one"  I'm sure she has a specific show in mind, and she just can't understand why I insist on making her say it in spoken English, which is so often a struggle for her.