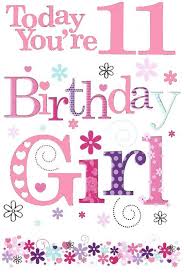 In many ways, I'm glad to see Janey's year of 10 being over.  It was a tough year, by any standards.  It featured two long hospitalizations---one for psychiatric reasons, one for a ruptured appendix.  Partly because of that, her school year was rough, with many absences and a lot of behavior issues, and not much progress, if any, academically.  However, I look toward Janey's year of being 11 with tempered hope.

Who is Janey, right now?  She's a beautiful girl.  She's getting taller and taller---I wouldn't be surprised if 11 is the year she overcomes me in height.  She's endlessly interesting---you can say that about her!  She is prone to extremes of emotion.  She goes from the highest of highs to the lowest of lows, sometimes within minutes.  She loves the things she loves---certain music, some movies and TV shows, some people.  When she doesn't like something, you know it.  Her smile is something amazing.  Her scream is, too.  She is intense.  She is a force.  She's my Janey.

Learning to be Janey's mother is a process that will never end, I'm sure, but I feel like I've made some big steps this year.  One of the biggest is a step of acceptance---acceptance that Janey is not going to change.  She is who she is, and it's us who have to change.  We can work helping her with some issues, we can try to teach her and modify her behavior, but in large, it's our job to modify.  We have the tools to do it.  She, for whatever reason, doesn't.

Parenting Janey is not something a book or an expert or anyone else can tell me how to do.  I need to figure it out myself, along with Tony and her brothers.  There have been some moments from this past year so tough that I never dreamt, in a million years, that I would have such moments in my life.  I picture a room in the ER full of people trying to subdue Janey after she bit me and started flinging everything in site.  I picture being told Janey's appendix had burst and she needed emergency surgery, right then.  I picture the moment I got the call from her school that her behavior was such they were calling an ambulance to take her to the hospital.  I picture the night we struggled all night to keep her oxygen mask on, as her oxygen leveled dropped to dangerous levels over and over.  After a year of such moments, we no longer are living a life that parenting books cover.

But hope shines through.  The simple phrase "I'll be so proud when you calm down" has worked some miracles lately.  In leaving it up to Janey to calm herself, in praising the end result and not worrying about the reasons for the outburst or feeling we must react in typical ways, she is learning to calm herself, and we are learning something I thought I already knew, to emphasize the positive.  And we are learning to have true delight in the little moments of joy Janey gives us.  Yesterday, she said "Chinese rice, please?", hoping for a take-out treat.  Tony said "Chinese rice?  That's an interesting idea!" and Janey repeated back, in her perfect imitation voice, "Chinese rice!  That's an interesting idea!" over and over, encouraged by our laughter.  We never did get the Chinese food, which she handled, but we had a lot of fun. 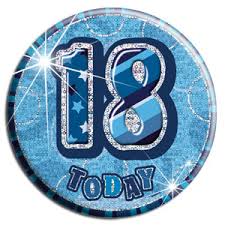 I think the biggest change in my mind lately has been in how I see Janey within the family.  We've all realized, from the times she was in the hospital, that she is a hugely vital part of who we are as a family.  Somehow, in the past, she was always separate in my mind.  I thought of it as having two "regular" kids and one "special" kid.  It's hard to admit that, but it's true.  Lately, I have gradually changed that thinking. I have three kids, three amazing kids.  They are my family.  We might not be quite like other families, but no two families are.  All three of them are equally special, not "special".  So, a very Happy Birthday to my Jane---and, an equally Happy Birthday to Freddy, who turns 18 today!  August 16th was a very busy day for me, 11 and 18 years ago today!  And all my love to them and to Tony and William.  You are a family any woman on earth would be proud to have.