Portrait of a great weekend

Janey's moods often seem like the weather.  You can't control them---they come and go as they wish.  This weekend featured sunny, sunny, beautiful weather.  She was a joy.  Tony and I told ourselves this morning to remember how it is when she is like that, to remind us not to lose hope when the storms come.

Here's some moments from this weekend----

Janey woke Saturday with one idea in her head---getting some cupcakes.  Instead of throwing a fit, she just kept charmingly on message, asking for them.  When Tony said something like maybe later they would go to the Stop and Shop and get some, she added that into her request---"want to go to the Stop and Shop?  Want to get cupcakes?"  When Tony was delaying leaving, she went up to him and said "What's going on here?" in a perfect tone for the occasion.  We laughed and laughed, and they set out to get the cupcakes.  Janey only ate the frosting off a couple of them, but that wasn't really the point.

We went for a long "ride in the car", which was another request of Janey's.  She doesn't particularly care where we go during these rides.  She just likes the journey.  We drove around and looked at some  leaves, and then went to the Savers thrift shop.  A few weeks ago, I had gone there with Freddy and Janey, and noticed that suddenly Janey is actually interested in looking at the toys---not just fixating on one or glancing at them, but really looking them over.  I wanted to show Tony the change, and Janey showed him.  She stayed with the toys for a long time, commenting on them "A monkey! A pony!"  She found a huge stuffed snake, which she had to have, and we were glad to get it for her.  On the way home in the car, she sang a clip of a song "When ya going to give me some TIME, Sharona?" and we sang the rest of the song for her.  I felt like crying from happiness at how much fun we were all having.

When we got home, Janey "scared" Freddy with the snake, and then tried scaring the cats with it (mostly by flinging it at them)  Freddy was appropriately scared.  Later, she walked up to him, stood there smiling, and said "I know you!  FREDDY!"  It was an odd and chilling in a good way moment.  A few times lately, I've noticed her looking at people or things like she is really seeing them for the first time.  It was almost like she was saying "I get it now!  You are my brother Freddy!" Of course, she's known who Freddy was always, but it was like it hit her on a new level.  Hard to explain, but amazing to see.

Janey went to sleep at 5 pm last night.  We considered waking her after a bit, worried we were in for an early-awakening night, but she slept until 5 this morning.  She woke up again very happy.  As she sat next to Tony on the couch getting her shoes put on, he said "I'm going to make some coffee you can steal!" and she laughed and laughed and repeated "you can steal coffee!"  She then looked at Tony with the most wonderful smile, and put her head on his shoulder.

I love times like this with Janey.  I wish they would last forever, obviously.  But they don't.  I wish I could feel they would.  I wish I could think "We've turned a corner!  It's going to be easier from here on out!"  Sometimes, I do let myself think that a bit.  But it's a little like thinking the glorious days of fall will never turn into winter.  I don't say this to be negative.  I say it because knowing that perfect fall days won't last forever doesn't make them any less perfect, and because when it's the middle of winter, we can remember that the snap of a crisp fall day will be back.  I want to always remember that. 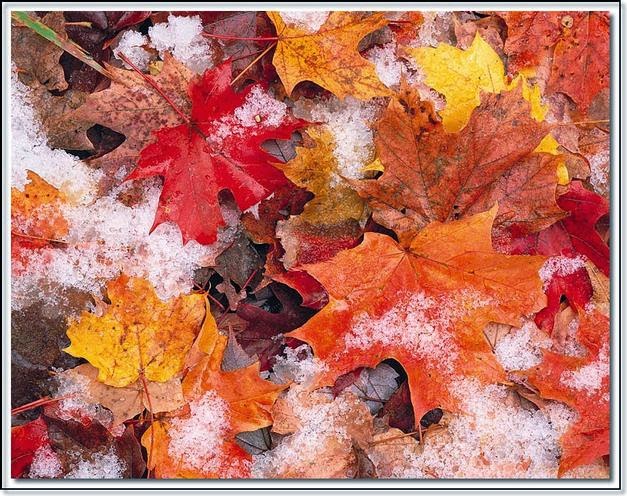 I have to say, it sounds like Janey - and all of you - had some fun this weekend! I can picture her laughing about the coffee, and scaring Freddy with the snake (for the record, I know without a doubt she could have scared ME with it too!). Reading this makes me smile.