Today, we took Janey for her follow-up appointment with the surgeon.  It feel odd to be back at the hospital, to be at a place that had been almost home for 18 days and that we hadn't seen since and might (hopefully) not have to see again for a while.  It was a bit overwhelming.  Janey's appointment was good.  She's not all the way recovered, and her weight is a concern---she's lost about 20 pounds from her baseline when this whole bit started---but she is on her way.  It was nice to see the surgeon, and have her see Janey again.  I felt once again very glad we had chosen Mass General for her care.

The tough part lately has not been Janey's physical health, but some decisions we need to make about her autism, specifically, decisions about her medication.  I haven't written about this on here before now because I've been waiting to see how things were playing out.  Janey has been off any psychiatric medication for over a month now, from the time she had her surgery.  It started because she couldn't have anything by mouth for a while, and the medication wasn't available in IV form.  So we stopped it then because we had to.  However, we weren't eager to start it again at that point.  Janey was still recovering from a hugely major medical crisis, and she didn't have the energy to have any kind of behaviors that would require medication.  So---we decided to wait. 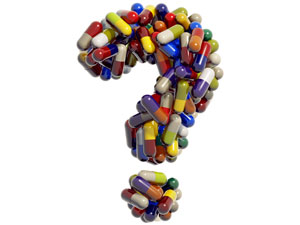 The strange thing was, for the first month anyway, that it made absolutely no difference.  Janey's negative behaviors, once she recovered enough to show her behaviors, was no different on or off the medication.  She still bit her arm, she still got upset easily and was obsessive, but it wasn't worse. And more importantly, her POSITIVE behaviors were better.  She seemed calmer, more connected.  She had a lot of wonderful smiles.  She looked at us in a way we hadn't seen in years.  It is hard to describe, but she just seemed more herself.  Both Tony and I remarked we saw a Janey we hadn't seen since she was 2, a pre-autism Janey.  And so we weren't in any hurry to put her back on medication.

The last few days, though, we aren't so sure.  Yesterday, especially, was a hugely difficult day.  Janey spent most of the day in a fury over one thing or another.  She obsessively asked "Go to Maryellen's house?", my friend Maryellen's house she loves to visit.  However, the day before, we had gone there, and once there, Janey wasn't any happier there, and I am pretty sure she again wouldn't have been if I had actually been able to take her.  It was just an obsession of Janey's.  When she wasn't saying that, she was saying "Snuggle on Mama's bed!", which actually meant on her bed, and "Go under the covers!", which means, don't just sit there half on the bed, but act like we are about to go to sleep, do nothing else but lie there.  Which is fine at bedtime, but lately, since coming home, it's what Janey wants to do about half the day or more.

When we say no to Janey, she immediately, violently, gets mad.  Last night, she asked Tony for bacon, at around 10 pm.  He said no, and she screamed, screamed as loudly as you can imagine, "NO!  NO!  NO NO NO NO NO!!!"

Today, while waiting to see the surgeon, Janey got upset in the waiting room, and started screaming that piercing scream and then smashing her head with her fists, over and over and over.  And I thought---yeah, we are going to have to go back on medication.  But once I had a minute to think, I thought---were things better then?  She was on medication when we had the awful stay at Children's and then the 19 days at Bradley Hospital.  She's been on medication for the last 5 years.  Has it helped?  Sometimes it seems like it has, but it's hard to say.  It's really hard to say.

I think when I started to really question the whole idea of medication was after we saw the Lurie Center, when I started to realize that there was nothing being offered to Janey at all BUT medication, and when they started her on a NEW medication, and we were not given clear instructions on taking her off the old one that was similar.  Or later, when in talking with people at Mass General, we realized Janey was getting a time release version of her other medication, but since we crush the pills and mix them with water, she probably was getting the time release dose all at once.  Both times made me feel like we are playing with fire, that we aren't being instructed clearly enough about these hard core medications, that perhaps we should not be giving them to her because of that.

With a child like Janey, there is not much doctors or psychiatrists can do, I'm realizing.  In today's society, they have no respite, no therapies, no groups, nothing really to offer to a child with severe autism and a fairly severe intellectual disability.  So---they offer medication.  It's what they can do, it's easy to do, and they want to help, they really do want to help.  But does it help?  I don't know.

So we are left with a decision.  Do we put Janey back on medication or not?  Does it help anything?  Are the calmer times that happen off and on while she takes it just change, just times she would be calmer anyway?  Is it worth the potential side effects?  Can we figure out other ways to help her?  Can anyone?  I don't know.  We will see.  It's going to be a tough decision to make.
Posted by Suzanne at 5:42 PM

I bet you'll turn back to the meds again. Once Janey recovers she'll have more strength and energy to do what she does best. Our daughter has been on meds for a couple of years now and it's obvious when she not taking them. She is more destructive of things hanging on the walls nut she's not into self-injurious behavior. She'll cry about not having my wife sleep next to her but she jump up and down on the bed so she's not really tired.

The meds may seem the easy way out but there aren't many other "outs" available. People that don't have kids with autism think we went to the medicine cabinet first to correct behavior problems that lousy parents can't handle. Live our lives and you'll find yourself taking meds to cope if you can't find ways to live as a functional family.