It's a Happy Day!

The title of this post is what Janey just said to me a minute ago.  And it's the truth---it's a happy day, and it's been a pretty happy last 4 or 5 days.  This fact is amazing considering the fact that we are in the middle of Boston's snow nightmare.  It's snowed and snowed and snowed and snowed.  There's at least 40 inches on the ground.  There was no school today or yesterday, just like last Monday and Tuesday.  Eight snow days so far this year.  We've all been stuck home together since Saturday morning.  And yet, Janey has been happy.  A joy, really. 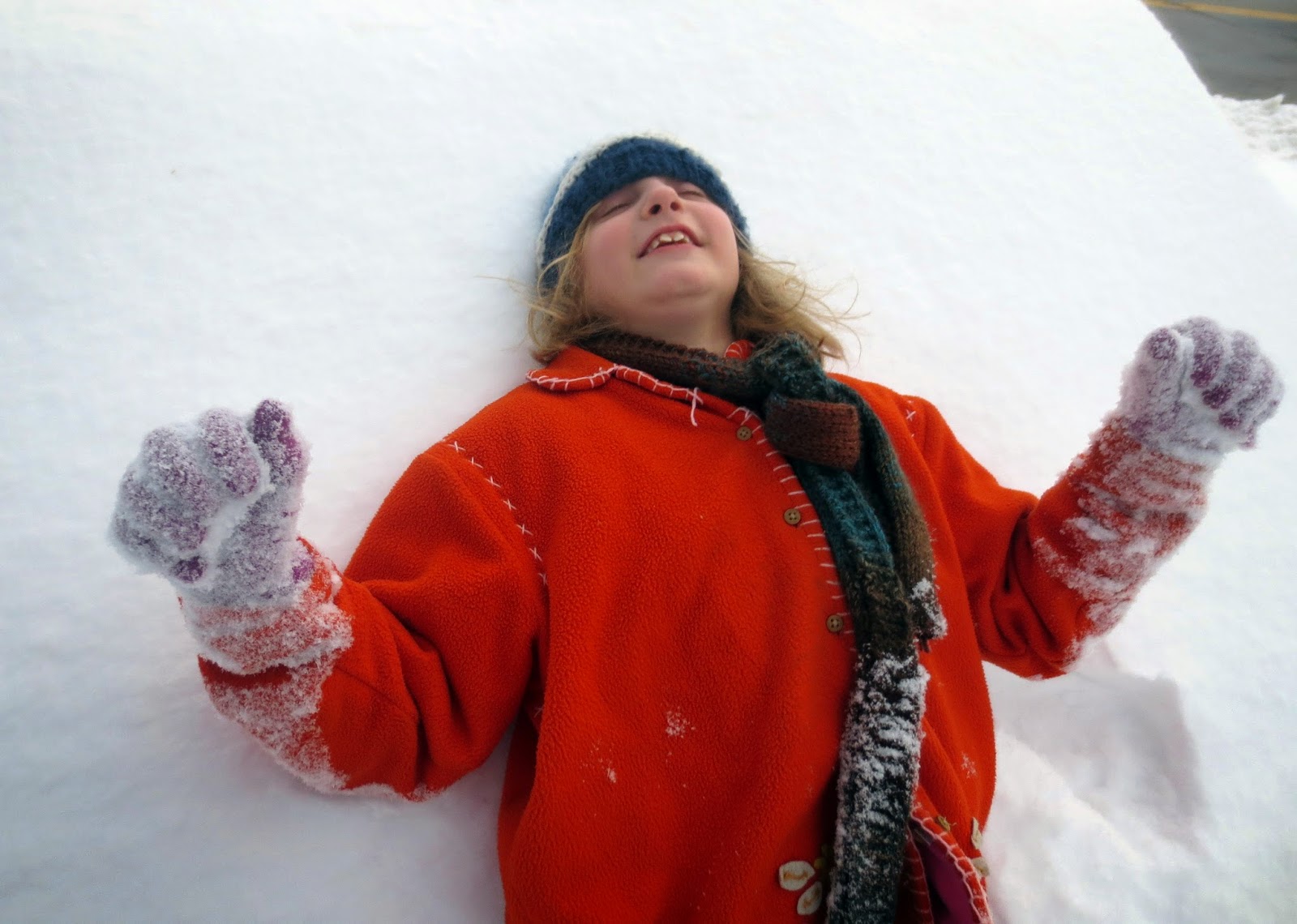 What's going on?  I don't know.  I'm knocking on wood every few minutes.  I have a few theories.  One is that Janey's new medication is working, working very well.  The dose was raised a few weeks ago, and it's the kind of medication that takes a while to build up in the system.  Maybe, finally, whatever has haunted Janey's brain and made her so unhappy so much of the time has been calmed down.  The medication is an anti-seizure medication also used for mood disorders.  Maybe Janey was having seizures we didn't recognize, or maybe she truly is bi-polar.  Or whatever she is/was, maybe we finally hit on the right combination of medication. 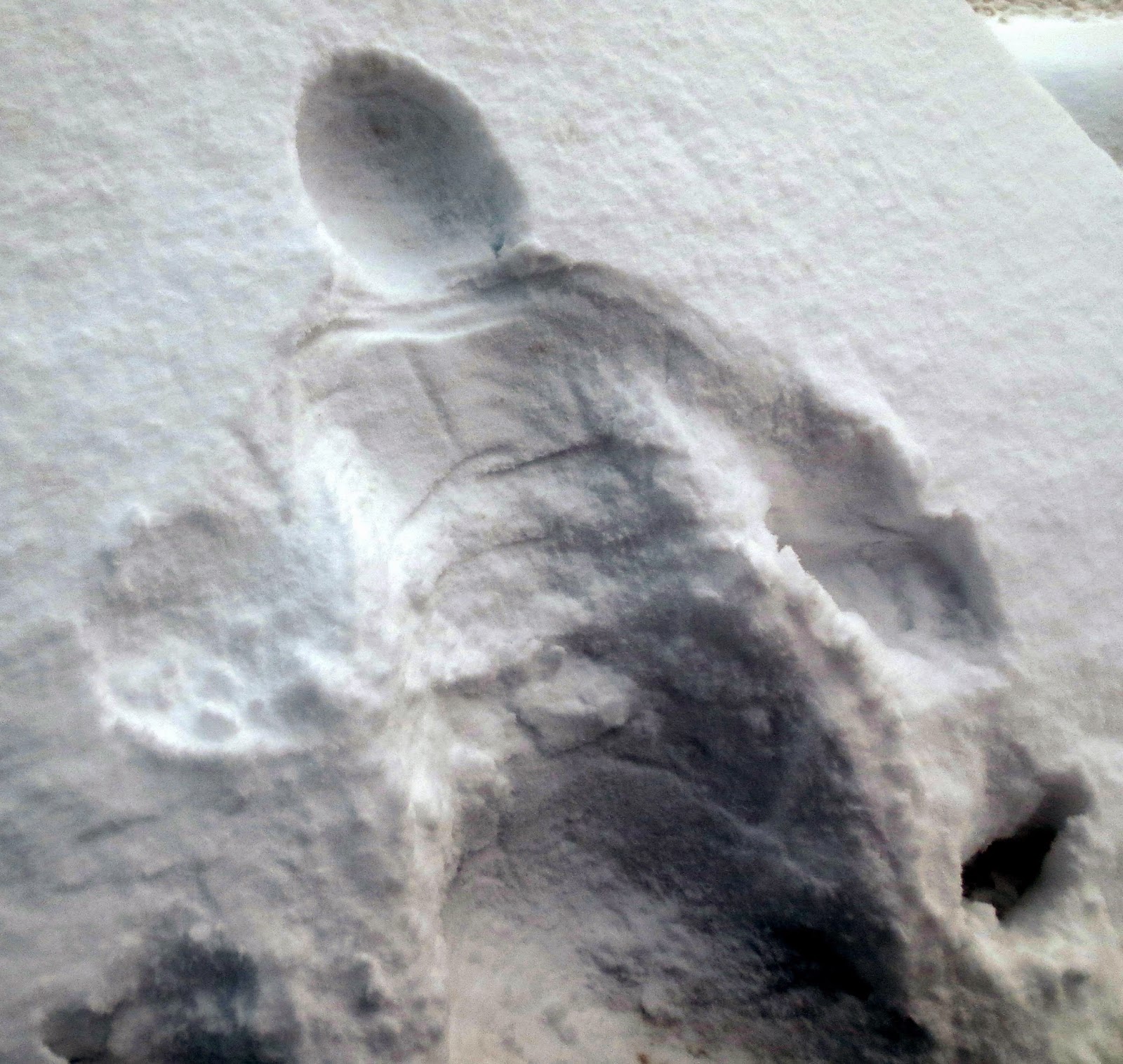 Another theory---a lot of time at home with us often seems to, after a while, make Janey happy.  She likes routine, and if she's going to school, she likes it to be steady, so that would seem to mean that being off and on home would not make her very happy.  But we have all been home, and stuck in the house, and spending a great deal of time together.  I remember a few other times that that was the case, and how after a bit, Janey seemed to make jumps forward.  Her talking would get better and her understanding would seem to increase.  Maybe a lot of one-on-one constant attention from two adults and one near-adult is something very good for her.

And maybe, it's just random.  Janey's moods come and go.  She's had wonderful mood spells before, and this might be just another one.  I hope that is not the case, although I'll take what I can get, but I'd rather that something has changed, that something has happened that will actually last.

Janey's talking has improved lately too, something that hasn't happened for years.  It's not something you'd probably notice if you didn't know her very well.  But she is suddenly making statements.  She will say something like "The cat is here" or "I am on the bed" or "I see a book".  That just hasn't happened much in the past.  A cute example from today---Janey said to Freddy "It's Halloween!"  A statement, although not really accurate.  Freddy said it was nowhere near Halloween, and Janey said, just as cheerily "It's not Halloween!"  The very best statement---the other day, Janey was doing her rounds around the house, reciting videos, when suddenly she said, in a completely regular voice, not sing-songy or echolalia sounding "I love you, Daddy".  Well, that was a moment.  Needless to say, Tony was very, very happy.  And I was a little jealous!

It hasn't been perfect, of course.  Four or five times a day, Janey is still getting very upset, screaming and sometimes biting her arm or trying to hit us.  But these episodes are getting shorter and shorter.  And I've been able to distract her, by suggesting almost any activity---watching TV, reading a book, looking out the window.  That is very new. 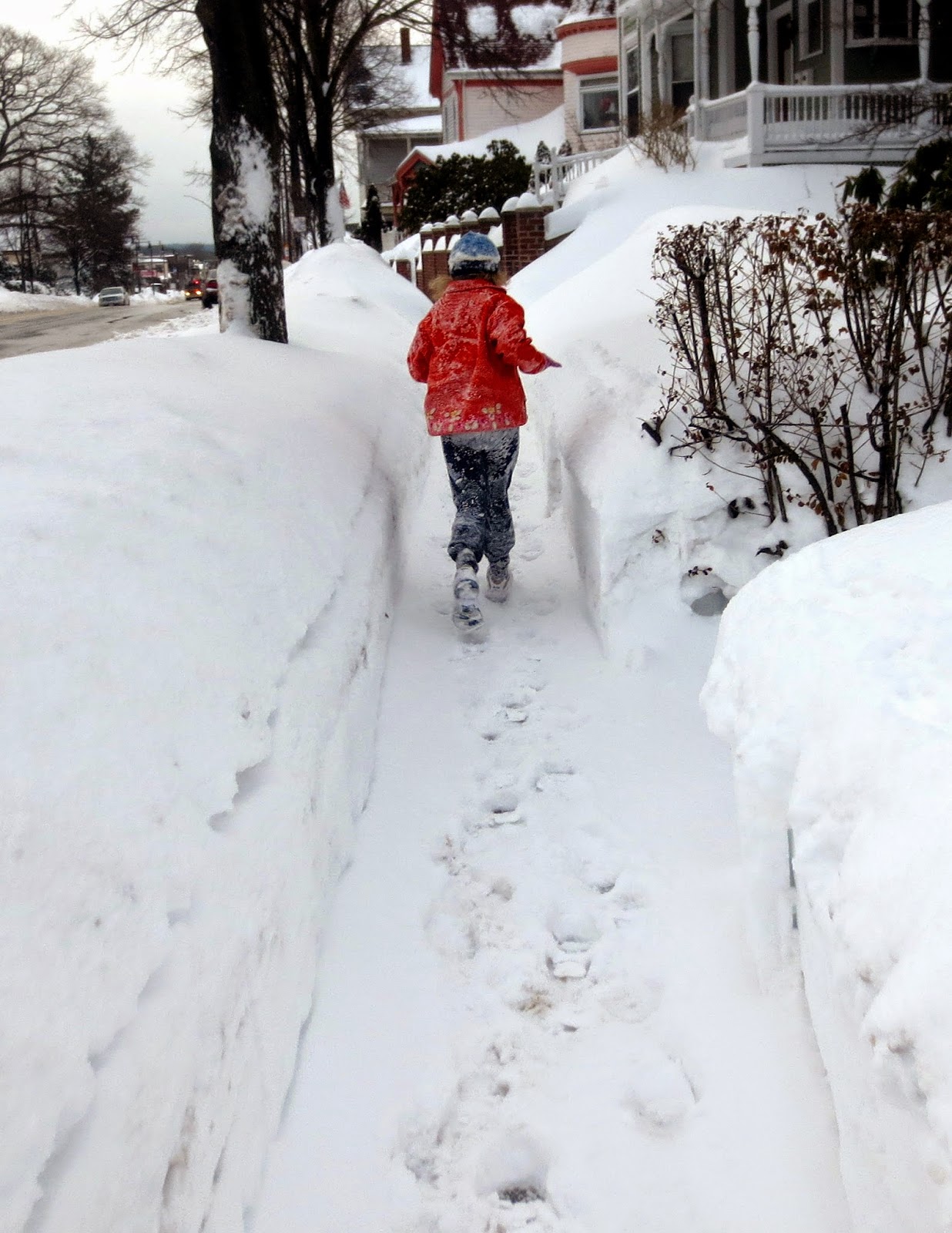 Whatever it is, it's been wonderful.  I've written so many upset and sad and depressed and downbeat posts that it's great to be able to sincerely write a happy, upbeat one.  This snow period is something else again, and we are expecting two more storms soon.  But if the snow somehow brought in Janey's recent moods, I say---let it snow.

YAY!!! I'm so glad that things are going so well!!