I spent quite a bit of time this weekend writing blog posts that I then decided not to publicly post.  I was feeling quite low, and I had to remind myself that there is a difference between a diary and a blog.  The posts I wrote were more like diary entries, and I will save them for myself.  But I did want to talk about how things are going, and I decided to try to write just the facts, the narrative without much commentary or annotation, about some of the weekend. 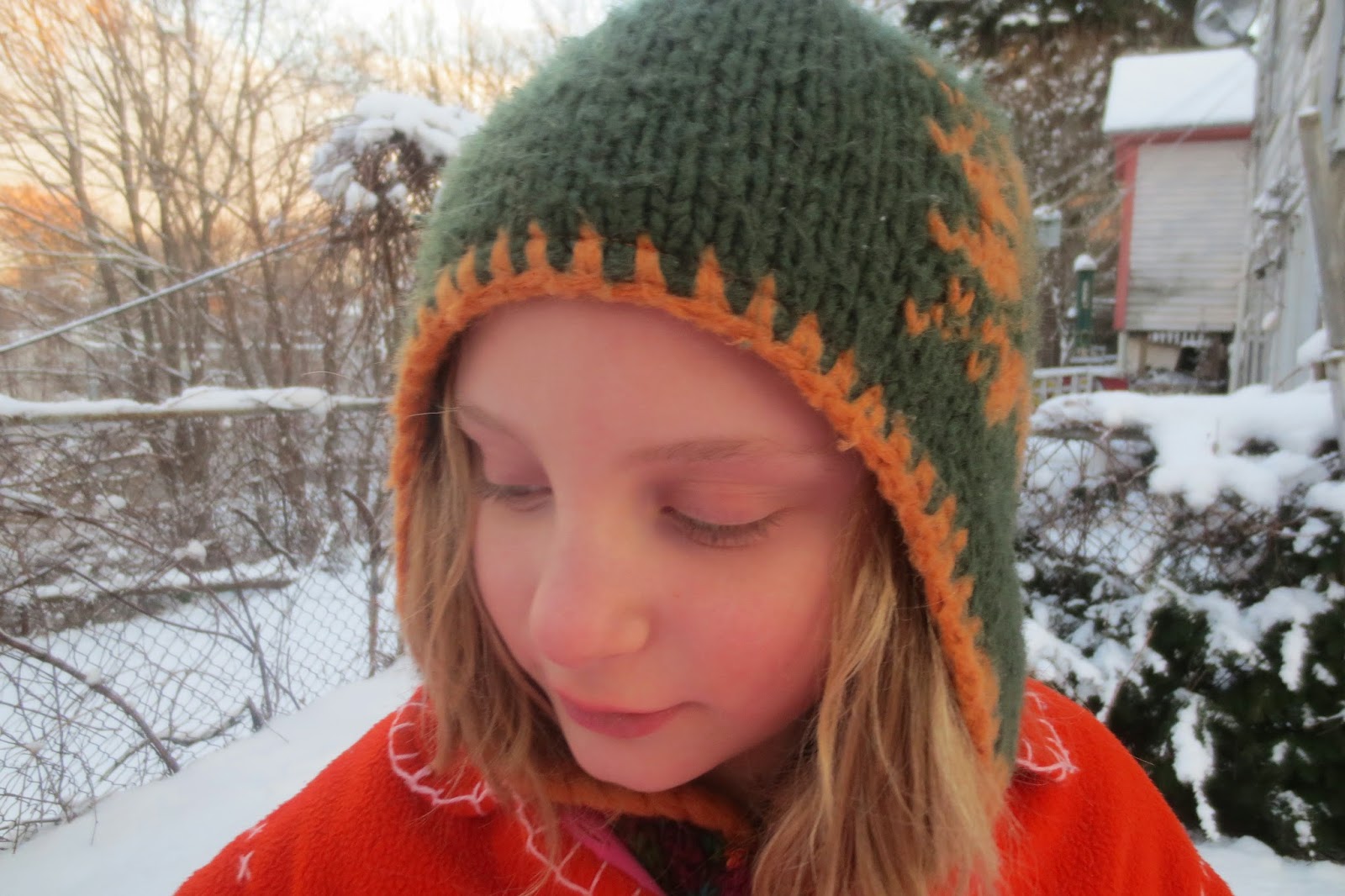 On Sunday morning, Janey was restless as soon as she woke up, wanting to go outside.  We took her out as soon as it was light.  It had snowed some on Saturday, and she loves playing in the snow.  We played for a while, and then decided to take a ride, as I was feeling housebound.  We drove around a bit aimlessly, which we all usually enjoy.  Janey asked for donuts, and we got her some, and I asked for a Starbucks treat, and we got that (although Janey drank much of mine)  We were feeling cheerful and upbeat looking at the pretty snow scenery.  Then Janey asked for crab rangoons.  We told her that the Chinese restaurant wasn't open until much later, and Chinese food wasn't in the plan for that day.  She was displeased.  She was so displeased she reached forward, stretching the seatbelt, and hit Tony hard while he was driving (we have a very small car).  He stopped, told her in no uncertain terms she was never to do that again, and waited until she seemed to have calmed down.  Then we drove home, as she screamed.

Once in the house, she continued to tantrum for a long time.  As she did, Tony and I talked about our discouraged feelings, how things seem to be going downhill.  It was the first time I think we both together realized that we might need to work on a goal of getting Janey help long-term, and of what that might mean.  It was a hard talk.  We realized we are slowly coming to terms with the fact that Janey's current situation, both at home and school, might not be ideal for her.

Later in the day, we asked Freddy to watch Janey for a bit so we could both get some chores done.  He did a wonderful job, singing and dancing with her to a song they had made up.  Freddy realized the tune was that of an actual song, and found the song on YouTube for Janey to hear.  Janey didn't like that idea, and let Freddy know that by hitting him in the face, hard.  He said to her "Why would you do that?  I was being very nice to you!"  It's a question I often ask her, in my mind.  I took her to time-out, in our current time out location, the bathroom, which in our house is away from everything in the back (it's an old, old house and the bathrooms were a later addition)  I told her why she was there and gave her time to calm down, which she did, quickly.  So quickly and so cheerfully that I wondered, as I often do, if the time-out actually is something she aims for.  However, there is really no other alternative, and it at least gets her away from the hitting target.

Janey went to bed at 7:30, a little later than usual.  Since she's been home from the hospital, she has slept through the night every night, which has been incredible.  That is, every night until last night.  She woke at 12:30 am, and that was the last of sleep for her.  Tony tried to keep her from waking me, but I woke anyway, and stayed with her a few hours so he could sleep.  When I could no longer keep my eyes open, he took back over.  We did everything we think best to do when she won't sleep---no TV, no giving in to food demands or other demands, just quiet darkness.  She did what SHE thinks best when she can't sleep---endlessly asked for videos, music, food, songs---and paced aroudn the house reciting things.

We sent her off to school this morning.  I wrote her teacher an email saying she might be tired, but I doubt she will be.  She isn't usually, after nights like that.

It's supposed to snow tonight, tomorrow and into Wednesday, what is being hyped as a blizzard to end all blizzards.  I am not ready for it.  I am not ready for no respite for days, for possibly no electricity, which Janey does not understand, for not being able to have her play outside, for the whole bit.  I am tired, physically and emotionally.  I am very, very tired.
Posted by Suzanne at 7:31 AM

Hi, Suzanne and all:

I'm keeping you in thought and hope that the good days are as memorable as the tough ones.

I applaud you and your husband for being realistic about needing some help outside your home and school. I think it would provide more opportunities and happiness for everyone.

My parents have been contending with a similar situation for about 40 years now and they just can't seem to take that step forward.

I really hope that there is some help for all of us sometime. I live in Massachusetts too, which has been a leader in a lot of things like health, education, and human rights.

One of the problems is that austism doesn't have any lobbying or legislative champions, so until that happens I am expecting zero help from a policy standpoint.