Heard in the Screaming Room

Overall, the past week has been a pretty good one for Janey.  She has been generally quite happy, with the school routine re-established.  But still, at times, there is the screaming.  When she is tired, or overwhelmed, or perhaps just when a scary thought goes through her head, she screams.  I've described her screams before, but words can't really capture them.  They are as loud as I think it would be physically possible for a 9 year old girl to scream.  They are deafening.  She doesn't hold back one single ounce of energy with them---her whole body goes into the scream.  They are incredible, and not in a positive way.

A few nights ago, Janey was cheerfully watching shows on Netflix when suddenly, she screamed.  I responded with the only strategy that has shown any promise against the screams.  I said "You're screaming.  We need to go to the Screaming Room"  The screaming room is the bathroom.  We go in there and I lock the door, which is a latch type lock up high.  I took Janey's hand and we went in.  She screamed a few more times in there, and then looked at me intently.  And then surprised me.  Huge amounts of Janey's speech are delayed echolalia.  She recites big portions of movies, TV shows, books, songs---we are quite used to hearing the reciting.  But this time, she was unmistakably echoing me.  I heard my voice, my intonations.  She said "You are screaming a very lot.  You are screaming because you are worried about where Daddy went".  I recognized the phrases.  They were from a previous time in the Screaming Room, about a week before, during one of Janey's horrible Christmas vacation spells.  I had been trying to put voice to her thoughts, guessing that she was upset because Tony was back at work.

After that echoed speech, I realized that just before the current scream, Tony had said "I'm going to try to sneak upstairs for a minute".  His brother lives upstairs, and Tony was going to go up and check on how he was doing.  I think Janey heard that, and the idea of Daddy being somewhere else was upsetting her, even if Daddy was going to be right back.  We came out of the screaming room and I told Tony what I'd figured out, and he told Janey she could come with him upstairs.  Crisis temporarily averted.

Cut to the middle of that night.  The reason previously that Tony was going to sneak upstairs without Janey is because when Janey visits her uncle, she always finds his stash of M&Ms, and eats some.  If Janey has chocolate after noontime, she doesn't sleep.  And of course, she had eaten some when up at her uncles, and of coruse, at 2 am, she woke up screaming.  I tell you, it's very hard in the middle of the night, when you are tired out of your mind after a long day and just want to stay asleep to carry out calmly the strategies you've worked out in the daytime.  But I tried.  When the screaming started, I said as calmly as I could "You're screaming.  Let's go to the screaming room".  And we did.

Once there, Janey screamed for a while, and then, again, stopped and looked at me.  She said "Friends should know each other's hopes and dreams!"  That is a direct quote from Janey's favorite movie of all time, The Care Bears Movie.  In my exhausted state, that phrase really hit me.  I hugged her and said "I really wish I did know your hopes and dreams.  I would do anything to know them.  I wish you could tell them to me"  Janey was taken aback by this show of emotion.  A few more screams, and then I guess even her energy was used up.  We went back to bed for the remaining few hours of the night. 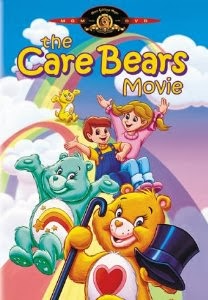 And this is how we communicate with Janey---through cryptic short bursts of echoing talk, through guesses and interpretation.  It strikes me that maybe my degree in English wasn't a total waste.  I use the skills I've learned of teasing out meaning from text with Janey all the time.  She is the ultimate hard to read work---she doesn't give up her meaning without much close reading.  Janey---I'll keep trying.  Someday I'll maybe I'll get my doctorate in Janey.
Posted by Suzanne at 7:11 AM

What you said about really wishing to know her hopes and dreams was so beautiful. You seem like such a strong and caring mom.

Does Janey scream outside as well? The weather and neighbors might be a problem but I would have thought it would also have a calming effect. At night, the screaming room inside is probably the only feasible solution. My own daughter's screaming has lessened and usually has a reason behind it. It may be because she's sensitive to noise and doesn't like to hear her little brother cry though sometimes she smiles because she likes to see him get upset.

Janey does scream outside at times, and we live in pretty close quarters with neighbors, so that doesn't work too well! Although they are great neighbors and know Janey, thankfully. I've come to think a lot of Janey's screaming is overheard talking from one of us that she doesn't like, or misinterprets, or knowing that a part of a video that scares her is coming up (and it's not like she's watching horror movies---we are talking Care Bears and Kipper here!) Julia, thanks so much for your kind words!

Hello, I saw your comment about a book on Amazon concerning parenting children with special needs.
I wondered if you have found any books that you do rec. on this topic. I am looking for books that provide emotional support not medical advice etc. thanks jeanne S